I am thrilled to be hosting a spot on the A MISPLACED CHILD by Heather Michelle Blog Tour hosted by Rockstar Book Tours. Check out my post and make sure to enter the giveaway! 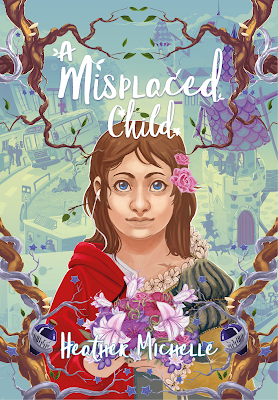 Torn between two worlds, which will she embrace?

Elodie Harper is heir to the magical kingdom of Aluna. Trapped by an evil wizard in an illusion; Elodie grows up caught between two worlds, one of magic, and one of technology.

As the facade of her mundane life of lies and fake smiles cracks, her kingdom crumbles in the absence of its ruler. Join Elodie as she navigates both lives not knowing which to embrace, and which to push into the
back of her mind and forget as a bad dream.

Here, A Misplaced Child takes elements of both and combines them into a new fantasy series for middle-grade to young adult readers. Elodie Harper is living between two worlds: a magical one where she is the heir to the throne, and a modern-day world where she’s a regular middle school student. She doesn’t control when she switches between worlds, so she grapples with feeling out-of-place in both.

It took me a bit to get into this story – the beginning in our world is a little slow, and it feels viscerally awful experiencing Elodie’s bullying and constant anxiety that her adoptive parents will commit her to a mental institution if she doesn’t act ‘normal’ enough. Also, the pacing was fairly slow. There isn’t a lot of plot to the adventure, which reminded me (in a good way!) of the Tortall books.

A Misplaced Child is more of a slower paced, slice-of-life book instead of an action-packed adventure novel. Once I realized that and stopped looking for the action, I enjoyed the book a lot more.

I did have difficulty placing whether this was a middle-grade fiction book or a young adult book. The protagonist is 12-13 years old, but the writing feels more advanced than middle-grade fiction chapter books; at the same time, the protagonist’s mindset and logic is firmly developing like a middle-grade protagonist. It was discordant to me that Elodie seems naive and doesn’t seem to piece things together when she uncovers evidence of a power-hungry coup. Her attitude is very blasé about things that are very obvious (oh, a herb that makes people very convincing, wonder who could be using that and why?) and in one particular case, extremely jarring.

When I say extremely jarring, what I mean is the girl lives a lot of her life in modern times, but she only seems mildly uncomfortable with slavery, which is apparently the backbone of her agrarian kingdom. Instead of recognizing the practice as unacceptable, she only decides to end slavery after her friend is sold into prostitution as punishment. It’s absolutely baffling that Elodie isn’t appalled by slavery and hasn’t attempted to end it sooner (e.g. immediately). And when she does make a feeble start toward ending slavery (near the end of the book), she passively accepts that nothing can be done until she breaks the spell splitting her between the two worlds.

This is the first in a new series, so I expect that Elodie will grow and become more active in ruling her kingdom, and the series will tilt more toward YA than middle-grade. Overall, the writing was very immersive, and the slice-of-life storytelling style was compelling. Heather Michelle creates an interesting new world with in-universe magic rules and political intrigue, and I have high hopes that the series will see Elodie growing into her power to rule and to rectify moral injustice. 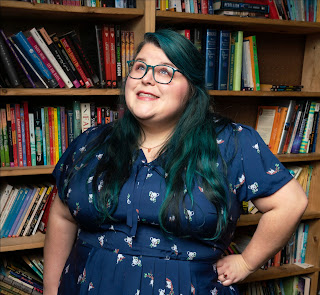 Heather Michelle is an emerging author of young adult fantasy. She lives in Acworth, GA with her cat Mister Bingley and a slew of unique roommates.

Growing up, Heather Michelle spent more time living in her imagination than outside of it. Small town life sandwiched between the redwood forests and the Pacific ocean provided a rich scope for the imagination. Before the age of twelve, Heather Michelle was not a reader, but a chance encounter with a rented audiobook launched her into the vast world of the printed word, and she never looked back.