Mission Impossible: Fallout – Spoiler Alert: There is None

Ethan Hunt is back with more action! But… is Mission Impossible: Fallout just another repeat of the past? Read our review to find out! 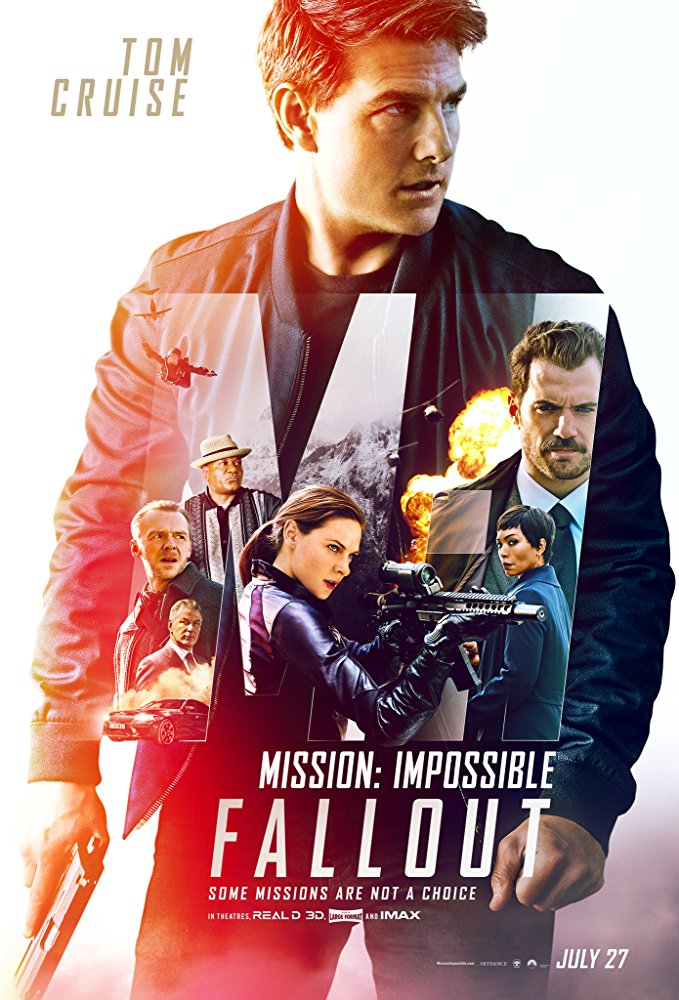 Ethan Hunt is back. He’s gotta stop the villainous leftovers from Rogue Nation‘s Syndicate from getting their hands on nukes and well, you know, using ’em. He’s got his team, this time joined by the CIA’s Agent Walker, played by The Mustache Himself Henry Cavill, and they’re traversing the globe from Europe to Asia to… Well, just those two this time I think.

How does it stack up?

Well, to start, it’s damn frustrating. The movie isn’t bad by any means, but at times it offers glimpses of what it could be. A sequence early on shows that after failing to intercept the plutonium, the nukes are used on three holy cities, Jerusalem, Mecca, and the Vatican. The possible real fallout of Hunt’s inability to let his friend die and complete the mission. A choice he, no doubt, will have to struggle with, after having failed so spectacularly…

Except, sike! That didn’t happen! They have a few days yet, and it was all just part of an elaborate scheme to get the cooperation of a prisoner. You might think Ethan is struggling still with having let the plutonium slip through his hands. Well luckily, Alec Baldwin, the new head of the IMF, is here to tell Ethan how great he is, how he is the reason he believes in the IMF, and that he’s a saint.

This happens, no joke, at least twice in the movie. Where another character pops in just to tell Tom Cruise how good he is. Yikes. These fakeouts — the glimmer where a different movie, a more intense plot might appear — happen again and again, only for it to be revealed that no, nothing bad has or will ever happen, so long as Tom Cr– Ethan Hunt is there to save them. He’s essentially the Superman of the MI universe. So the titular fallout, in fact, never arrives. Ethan Hunt always makes the right play, saves the day, and saves everyone.

Every. Single. One. Of. These. Movies. Are. The Same. The IMF is the most inconsistent, traitorous organizations there is! In the first Mission: Impossible the team lead betrays them. M:I-2 features a rogue IMF agent again. M-I:3 the head of the organization is working with the enemy! By Ghost Protocol, you’re damn right they should be shut down!

But they pull it together, get their funding, for Rogue Nation and Fallout to once again think Hunt has turned and is working for the enemy.  Maybe it is not fair to say they are all the same, but certainly, Fallout reads like a Greatest Hits entry in the series. There are arms deals, masks, nuke threats, switching alliances, motorcycles, rock climbing.

While there are moments of self-awareness in this movie that give me hope, the series is essentially just a vehicle for Tom Cruise to do his own stunts and run non-stop. There are multiple moments where a scene ends with Cruise ending a conversation and immediately sprinting off-screen, meanwhile, his enemy is named ‘Walker.’ But to go too far into that territory takes these movies into Fast and Furious turf — not that I’d be mad about more of those.

Anyways, if you’re into the MI movies, you’ll still have fun with Fallout. There are more stunts, some classic gadgets return and the plot tries to be twisty (even if it fails to do so).

It’s in theaters now, and if you’re down – go for it, you’ll enjoy it.

MORE IMPORTANTLY, is anyone going to address the fact that Ilsa Faust and Julia Meade look the exact same?!?!

One thought on “Mission Impossible: Fallout – Spoiler Alert: There is None”