The spinoff no one really asked for but we have never the less been given, SOLO A Star Wars Story, jumps into our galaxy and brings us the origin of our favorite scoundrels. This is our review of Solo! 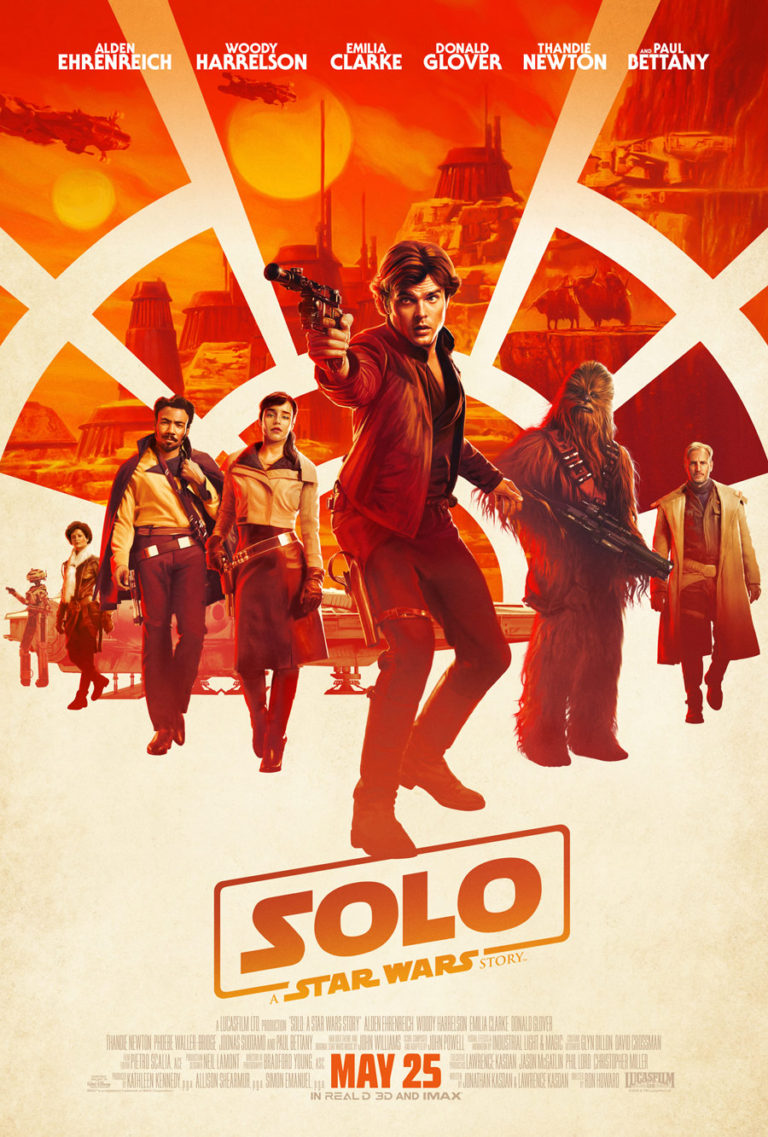 The spinoff no one really asked for but we have never the less been given, SOLO A Star Wars Story, jumps into our galaxy and brings us the origin of our favorite scoundrels. Really, who even compares? And after a long, and apparently troubled, production fans everywhere are waiting with baited breath… Is it good… Is it Star Wars. Fear not, fellow Rebel Scum (Imperials can kick rocks!) it is very much both those things!

Solo picks up on Han’s homeworld of Corellia, where we see his beginnings as a young man forced into petty crime. He longs for something better. With Qi’ra he attempts to escape that life, get off that hunk of rock and become a pilot. Of course, in the Star Wars galaxy, things rarely go according to plan as messy things like fate, destiny, The Force, and Imperial Entanglements tend to get in the way. Han finds himself scraping out of one sticky situation into another.

Overall, Solo is surprisingly enjoyable. Han has never been my favorite character and yet even still, his adventures Pre-ANH are a roller coaster of fun. Having his story be separated from the Skywalker Saga allows for a side of the galaxy far, far away we have rarely gotten to see until recently. Instead, we’re focusing on the scoundrels, the crooks, the thieves, and the scum they run with (and from) take center stage. And like I said. It’s good.

The 2 and a half hours you’ll spend will be a thrilling adventure, though, unlike the previous anthology flick Rogue One or The Last Jedi, after you exit the theater it doesn’t necessarily stick with you. I’ve thought on that for awhile now, and I think that’s ok. Not every one of these movies has to leave us thinking and deliberating as we leave. There shouldn’t be forums filling up with theorycrafters because the movie is a tight capsule of Star Wars action (though no doubt there will be, it is The Internet after all). Don’t get me wrong, there are some genuinely jaw-dropping moments in this movie and nods to the old EU scattered throughout to bring them into the new Disney canon and further tie the universe of films, tv shows, books, and more together. In that way Solo is a piece of the puzzle we didn’t know was there, everything else sits as it should, but Solo fits so neatly right inside.

The question on many fan’s minds, can Alden carry the torch of Harrison, is answered with a resounding yes. Make no mistake, this is a Young Han, less world-weary, less cynical, still learning the ropes of the galaxy, and Alden brings a freshness, perhaps even a naivete, that makes Han even more charming as he finds himself falling into the criminal element and navigating those relationships. We can see in him the beginnings of what made him such a lovable scoundrel in the OT, the seeds that begin his legend and tall tales. The “shoot first, get-outta-trouble-at-whatever-the-cost second” attitude. Han, unlike other scum and villainy, isn’t in it so much for the money as much as he is his own skin. That’s always been the case since 1977 when we first met him and Chewie in Mos Eisley.

Speaking of Chewie! That Wookiee is wonderful and the budding relationship and respect the two would be smugglers have for each other is so charming. It’s not something we get to really see in the other films, that personal level of banter and camaraderie is often left for the books to explore while the films tackle the big stuff, ya know, the war and all. But Solo like Rogue One before it explores the depths of these characters, their beliefs, their morals. All of the supporting cast with Lando, Qi’ra, L3-37 and more have similar levels of connectedness.

Donald Glover’s Lando and Phoebe Waller-Bridge as L3-37 may steal the show for many viewers and for good reason. Glover encapsulates cool just like Young Lando should, meanwhile L3-37 takes further down the idiosyncratic droid path we saw with Rogue One‘s K2-SO. L3 will never be confused with a happy, nervous servant like 3PO. I could write at length about these two.

Solo: A Star Wars Story is a worthy entry in the new canon, a fun adventure (with noticeably smaller stakes) in everyone’s favorite galaxy far, far away.