I highly recommend the DC Super Hero Girls franchise to anyone with little ones who might be interested in various DC Comics characters. 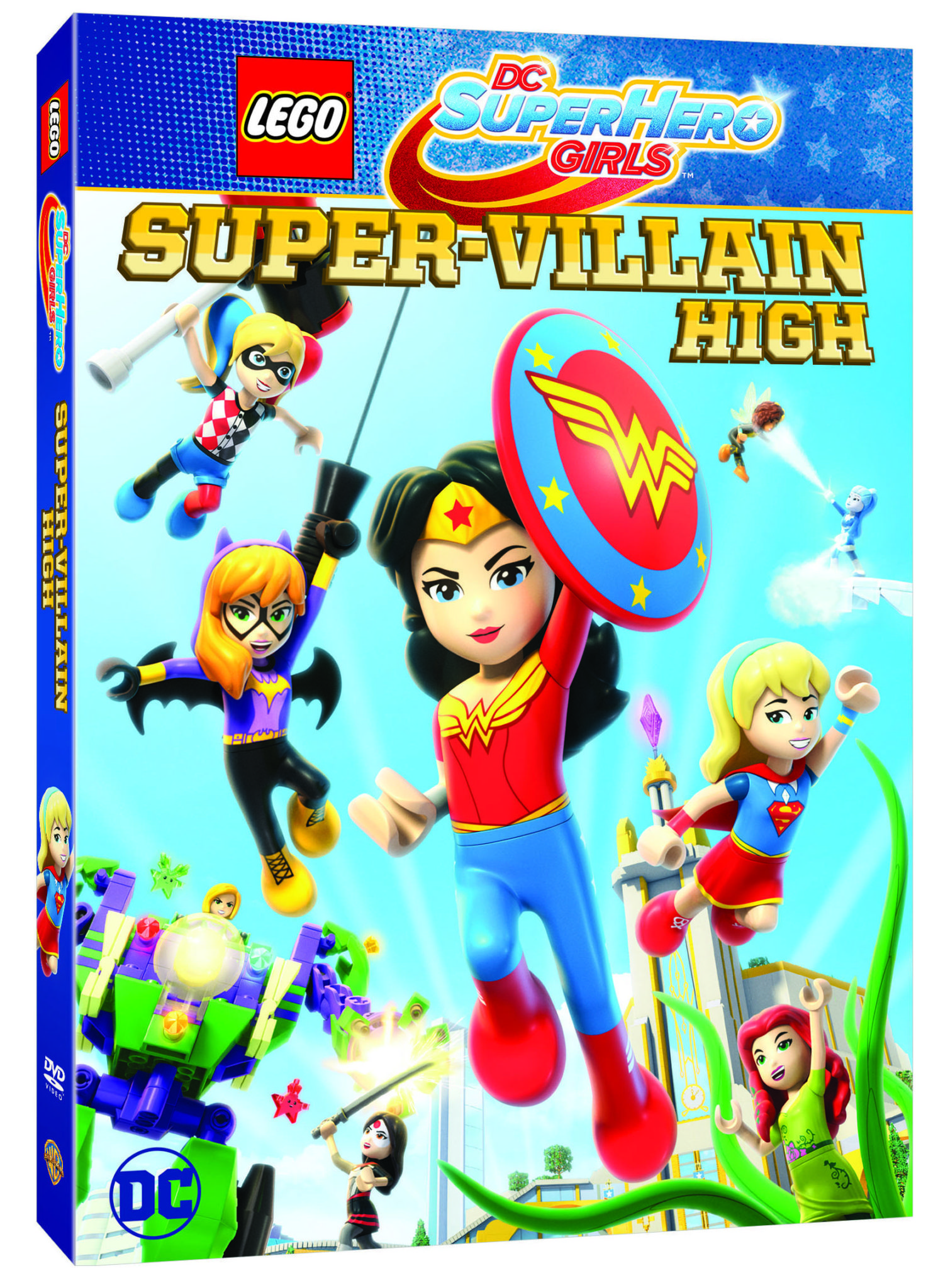 There aren’t a whole lot of movies that I’ve watched more than a dozen times before reviewing them but when you’ve got little kids around sometimes that happens. The latest LEGO DC Super Hero Girls movie, Super-Villain High, is a new favorite in our household. So while my rating may be closer to 3 ½ stars, that’s an adult’s review. There’s another someone I know who would give this movie a resounding 5 stars and then ask to watch it for the seventeenth time.

Super-Villain High was my first introduction to the DC Super Hero Girls franchise and it’s actually pretty great. After sitting in DC Comics panels at conventions for years and being told how girls don’t buy toys so they don’t bother targeting younger, female viewers it’s a real breath of fresh air. Here’s a series full of iconic DC characters that’s entirely geared towards getting girls interested in the characters. It’s an extremely liberal adaptation of the characters and their backgrounds as so many kid’s cartoons are but it’s fun and approachable.

Throwing in a LEGO angle to this film just adds to the fun and whimsy.

The franchise tends to paint all of the characters as heroes. They go to a super hero high school after all. But this latest film lets some of our more ‘villainous’ characters shout out to their evil-doer roots. They’re lured to a new high school called Uber High by Lena Luthor – who appears to one one of the few actual villains in the series. She’s determined to recruit students to help her with her evil plots and she does so by ruining friendships and building on the girls’ insecurities about their own abilities.

Harley Quinn, Poison Ivy, Catwoman, Cheetara, and Frost get to explore their villainous side (without really knowing it.) And Batgirl, Wonder Woman, Supergirl and the new, female Green Lantern work to discover the secrets of this new school — and what’s going on with their friends. Meanwhile there’s also a little secondary storyline featuring some overly competitive Bumblebee and Katana that eventually cycles it’s way back to the main storyline.

It’s a cute movie though clearly geared towards younger audiences. That’s not a bad thing, either! It’s great to see little girls getting this much exposure to the DC Comics universe. And I love that this particular demographic is getting attention from DC Comics. Kids will love the fun, friendship-oriented storylines and the easily recognizable characters. Parents will love introducing their little ones to their favorite characters without having to worry about them acting appropriately at all times. It’s just not the sort of DC animated movie for fans looking for a more authentic DC experience.

I highly recommend the DC Super Hero Girls franchise to anyone with little ones who might be interested in various DC Comics characters. Our copy arrived right as we were starting up a serious Batman phase in our household. While the movie’s home release doesn’t come with a whole lot of bells and whistles since it is a direct-to-DVD film, it does have some super cute LEGO DC Super Hero Girls shorts included that will keep the fun going for your little ones. (It’ll also give parents a way to mix things up rather than re-watch the same movie over and over again.)

Super-Villain High is a great way to jump into the franchise and meet all the characters! You don’t need to have a whole lot of context to appreciate the plot or humor — though I’m sure context would help. If you’re anything like me, you’ll check out this movie first and then rush to check out the rest, too!