Gringo is one of those movies where you can see the promise. You can see how the pieces might better fit together to create that madcap comedy. Unfortunately, it has too much superfluous padding throughout. 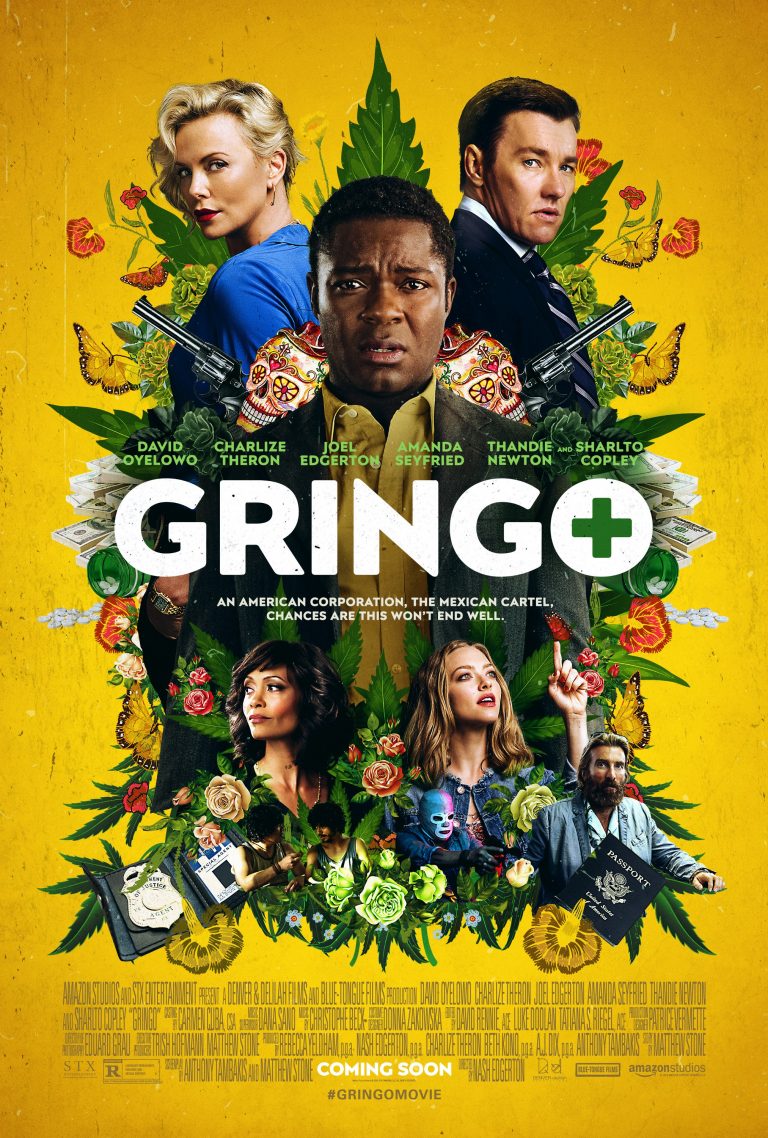 Rating:
Gringo so desperately wants to be better. It’s trying. You can see it. It has a large cast of good actors. It has jokes, production value, a writer who made this same movie but better before (Matthew Stone’s Big Trouble). But with all of that, it just can’t seem to bring it all together and get it firing on all cylinders.

Harold Soyinka is middle management at his friend’s pharmaceutical company, trying to live his best life. But his friend isn’t much of a friend, his job isn’t quite so stable, and his wife, well she’s not quite there. So when Harold has to go down to Mexico for a business trip, he’s happy to do his part.

Instead of a simple check-in, he becomes the target for a cartel leader, a former mercenary, and various ne’er-do-wells. Meanwhile, a couple of guitar shop clerks who are looking to make $20k are on their own adventure south of the border to find drugs for their dealer friend to replicate. Those drugs are manufactured by Harold’s company. Go figure. Over the course of 110 minutes, these various characters bump into and against each other as they all try to get what they want, usually drugs or money.

Where the movie hopes to succeed is in that crisscrossing of paths to tell a story through many different sets of eyes and how they ‘unexpectedly’ crash into each other – sometimes literally. I put quotes around unexpectedly because, really, there is very little that comes as a surprise in this movie, aside from the casting of folks like Thandie Newton in a completely unneeded role with a total of maybe 4 minutes screentime.

This is one of those movies where you can see the promise. You can see how the pieces might better fit together to create that madcap comedy. Unfortunately, it has too much superfluous padding throughout.

For instance, there is a moment between Harold and Mitch, the ex-mercenary (also the brother of the boss Rich) played by Sharlto Copley, and things are getting tense. Now, they are arguing about Judas and Peter and how Christianity represents the two when seemingly out of nowhere Mitch is struck by a car (driven by two Mexican locals who want to kidnap Harold) and sent flying. Or at least, the movie hopes for that. Instead, we see Copley circling around Harold and moving into the street, telegraphing this ‘surprise’ and we know immediately, ‘He’s about to be hit by a car.’ Then you watch the rest of this scene waiting for the inevitable.

In a way, that’s how the whole movie feels. You know where it’s going, you’re just sitting waiting for the inevitable.