The 27 Run is an Existentialist’s Comic Book Dream Wrapped in Delightful Monster vs. Mech Packaging

The 27 Run combines the question of sustainability with human tenacity and a never ceasing fight to find meaning in a wasteland. 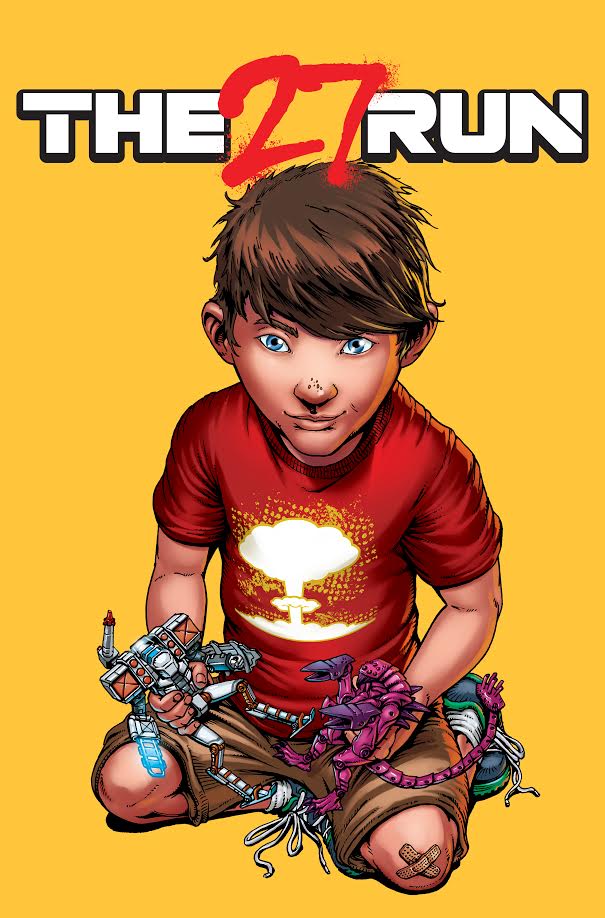 Rating:
Holocaust survivor and psychological theorist Viktor Frankl looked at the world as he knew it and said finding meaning was paramount to surviving even the most horrific scenarios. I don’t think he ever intended his theory and thoughts to be applied to a comic book, let alone one that focuses on the fight between man and monster, but he might appreciate it.

The 27 Run, published through A Wave Blue World, goes beyond the fight for human survival and explores the underlying, quintessential human experience. When everything seems lost, why do we keep going?

It starts with a confused pilot and a bipolar artificial intelligence and builds from there. As a reader, the world crashes down on us at the same time the pilot starts to get his bearings after being released from another round in a sort of maintenance chamber. With the help of SID, his sometimes vague AI companion, the audience is introduced to a world, not unlike their own, many years in the future and ravaged by monsters as a result of poor human-centered choices.

Despite the circumstances, marked by monster attacks and existential crises, our hero persists. When he is down, SID tries to bring him up. The moment he is up, SID provides the necessary counterbalance to keep him grounded. Pilot fights to recover his memories, to control the Mech, and to fight giant subterranean monsters. If you get caught up in the vibrant fight scenes or baffling future world it is understandable, but the real heart of the comic goes beyond that.

Which brings me back to Viktor Frankl. Faced with a world, his world, destroyed in ways he cannot even remember, Pilot is given a couple options. One, fall into despair, which he does for a moment and very nearly gets himself killed, or two. Two is digging heels into the radioactive dirt, gritting teeth, and finding hope. If there is hope there is meaning and if there is meaning, well, Frankl would tell you that meaning makes even the hardest things palatable, conquerable.

Even 27 monsters that came from the depths after humanity stepped out of their domain and ignored all the warning signs.

If you want a story that’s heartwarming, this one is not going to be worth your time, but if you want a story with heart look no further. The 27 Run combines the question of sustainability with human tenacity and a never ceasing fight to find meaning in a wasteland. The giant robots and colorful monsters are great too, but they are just the tools through which the deeper human element of the story can be revealed.

Don’t take my word for it though because you can read it yourself free of charge right here at A Wave Blue World. No tricks, no gimmicks, just good storytelling, beautiful art, and a guy in a Mech trying to fight monsters both real and metaphorical.