Skate into the First Volume of Slam!

Roller derby – a kickass sport full of kickass women who go to the rink to kickass. It’s full of nasty bruises and harsh falls, but any derby girl will wear them as badges of honor. In the comic SLAM! we all get a taste of just how wonderful of a sport roller derby is. 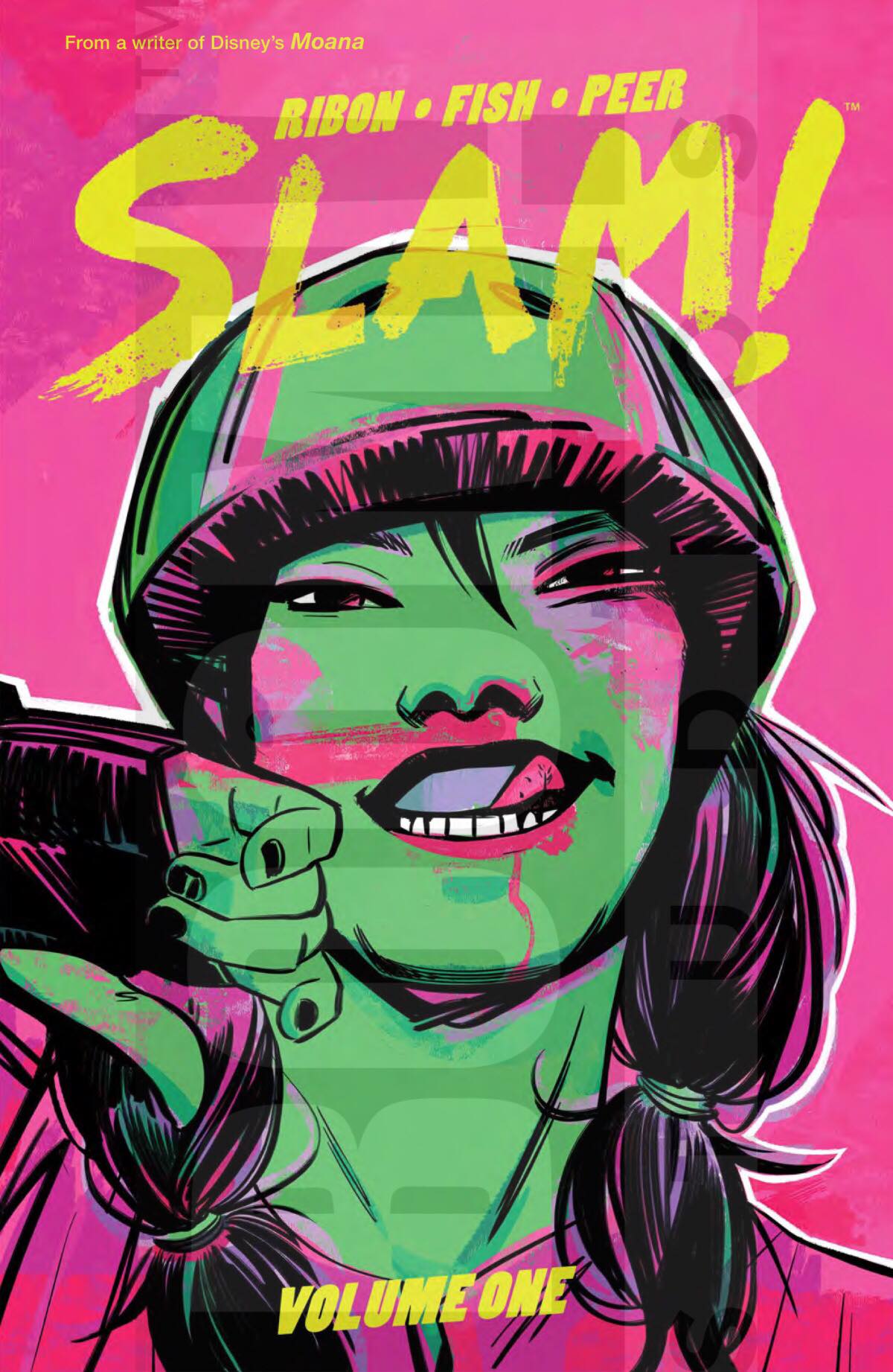 Rating:
Roller derby – a kickass sport full of kickass women who go to the rink to kick ass. Granted, roller derby is not for the faint of heart. It’s full of nasty bruises and harsh falls, but any derby girl will wear them as badges of honor. In the comic SLAM! we all get a taste of just how wonderful a sport roller derby is.

I have a close friend who plays roller derby, which is what drew me to review this comic in the first place. I’ve heard second-hand stories about what happens at the rink. It’s brutal practices, derby wives, and even a bit of drama, but it seems like each woman who participates takes it seriously, loving the sport to the fullest. When I read SLAM!, I felt like I was actually getting a first-person perspective on what that’s really like.

It starts you off with two characters, Jennifer Chu, a.k.a Knockout, and Masie Huff, a.k.a Ithinka Can. While giving you a “pre-derby” and “after-derby” look at them, you can see just how much the sport has changed their lives; some for the good, some for the better. What I like about the narration of the comic, which is split up into little “facts about derby,” is that it guides you through emotions the dialogue can’t convey and gives you realistic background on the sport and social impacts.

I’ll be honest, I only had an idea how derby was played. But this comic book will actually teach you how the game is run without being overbearing, making it a good mix for both real derby players and those new to it. And while this is a sports manga, I enjoyed that I could actually relate to the characters and their struggle.

We go through how Chu and Huff both struggle in their own ways to succeed in derby, how they themselves struggle in their friendship, and ultimately how they find a sense of self. I think that was the part I’d never understood about roller derby that this comic helped convey. For our main characters, this sport is a way to find community and build friendships. The bonds between the players are so strongly represented throughout the chapters, it’s hard not to relate even if you don’t play roller derby.

Something else I enjoyed a lot was the artwork. I could compare it to some series of DC comics I’ve read before, but what makes it distinct is the color and artwork portraying derby. Roller derby does have a very specific style to it, an almost grunge or rock aesthetic, that I think the creative team really captured.

They also gave so much diversity to the women participating, which is something else that really deserves praise. You saw characters of different ethnicities, body shapes, ages, and even occupations. The range and variation were so realistic and helped to create that relatable element. So many types of people are included that there’s this sense of care put into the drawing of each woman.

This first volume only focused on the two main characters and gave little background context for some of the supporting characters, which I would have enjoyed. However, I think the next novel will surely give more context for other characters. The way that this centered around the importance of the main characters’ friendship was so graceful and gave a perfect full-circle feel; something that usually doesn’t feel natural in one volume alone.

Ultimately, SLAM! isn’t just a comic about roller derby. It’s a comic about an endearing friendship that came from roller derby. It’s a slice of life that I would recommend to anyone, derby fan or not. There’s a little something for everyone and I think that’s something not a lot of comic books can usually achieve. So, if you’re looking for a kickass comic, SLAM! is your comic!