Justice League is Meh At Best

It’s hard to even talk about the Justice League. It is so underwhelming, but if you’re a fan of DC comics, you’ll find something to like. 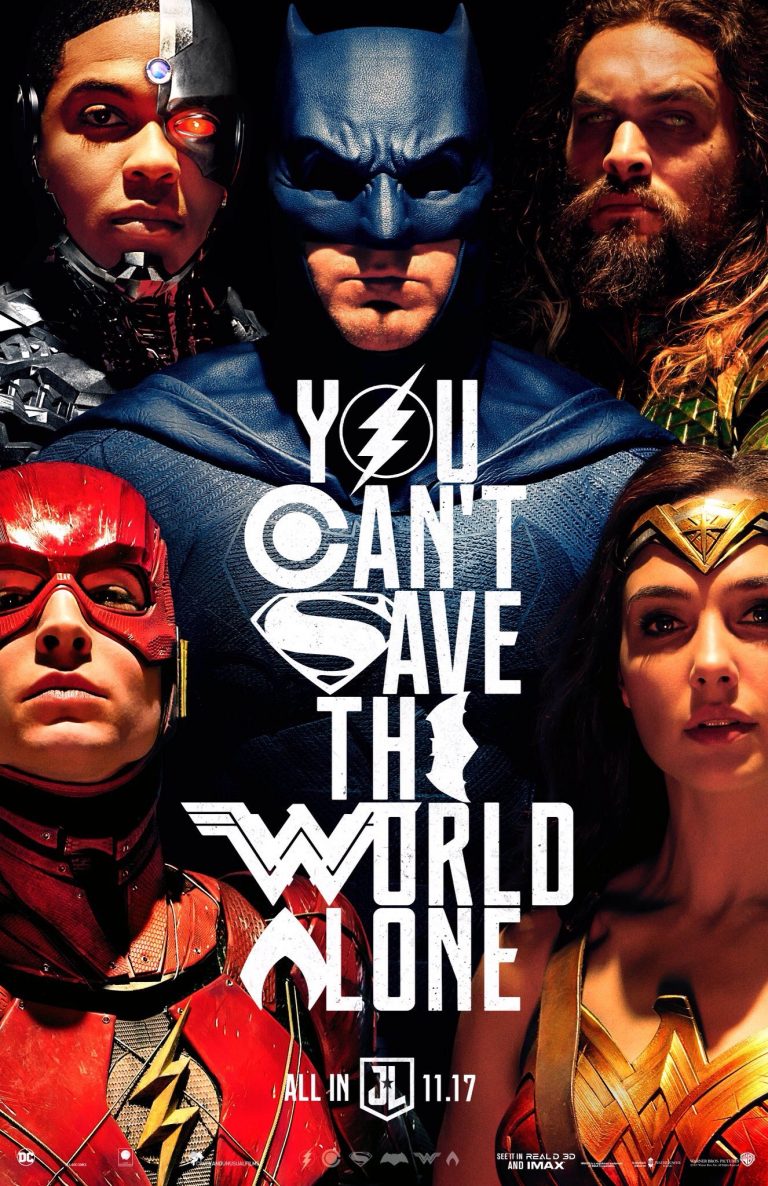 The newest DCU movie has hit, the team-up DC fans have been clamoring for! After two middling Superman movies (Man of Steel sits at 55 on metacritic, Batman v Superman has 44), an even worse universe expanding film (Suicide Squad, 40 on metacritic), and then finally a good one in Wonder Woman (76). It’s a wonder these movies even get made at all, really.

Justice League opens with a terrible cellphone video of Superman giving an interview to some kids. They ask him what his favorite thing about Earth is and Cavill thinks the answer over with a terrible blur of CGI lip (to cover his no doubt magnificent Mustache Impossible). Then we see Batman catching a crook to lure in a Parademon. He’s been keeping an eye on things and realizes something big is coming.

We get a really shitty opening credits that should have signaled what was to come. In it, set to sad piano music, we see the world without Superman. We see memorials, generally sad folks, newspapers with cover stories dedicated to David Bowie, Prince, and Superman, asking if the aliens returned home, which felt super-in poor taste to me.

We also see skinheads roughing up ethnic shop owners which, goddamnit, feels a bit too real of the state of the world unfortunately, I am not sure what the hell the point of that is.

Anyways, the movie moves on. Batman recruits some superheroes to fight off a doomsday plot, not from the actual Doomsday mind you, but from an ancient cosmic threat in the form of mid-2000’s CGI Final Fantasy boss Steppenwolf. Steppenwolf is grabbing several MacGuffins to begin his big bad plot: turn Earth into his homeworld. Sound familiar?

Honestly, it’s hard to even talk about this movie. It is so underwhelming. Nothing much of note occurs. We see the introduction of several new characters, but never really get much time with any of them to care. The action is mostly bland. The plot is a collection of already done bits. The final act is another doomsday/terraforming plot straight from Man of Steel.

Billy Crudup’s in the flick as the Flash’s dad and at least he seems to be acting.

If you are a fan of DC comics, you will find something to like here. There are references to other (better liked) works. In flashbacks, we see hints of other characters. In quips, we see references to popular storylines. But unfortunately, there is no such mark of specialness on this film. Even the poster is just an attempt at a much better Alex Ross painting.

Justice League is in theaters now, but really, don’t even bother probably.