‘Suee and the Shadow’ is the Perfect Pick for Any Middle Grade Reader Looking to Get Into the Halloween Spirit! 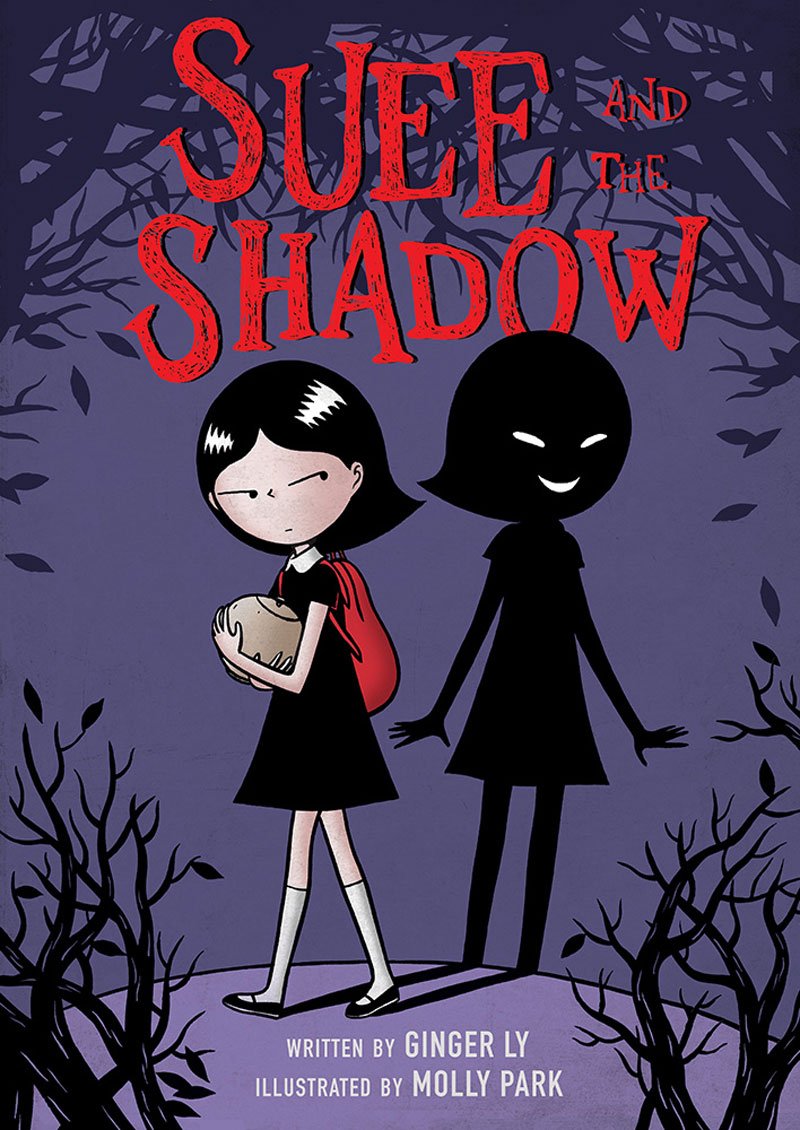 
Rating:
It’s October and Halloween is just around the corner! That means it’s time to settle down with a spooky read and get into the holiday spirit! Luckily Suee and the Shadow was recently released and it’s perfect for middle grade readers – as well as older readers who just love a good read!

Suee and the Shadow follows a twelve year old girl named Suee as she starts attending a new school at the bland-but-still-somewhat-ominous sounding Outskirts Elementary. She’s a bit of a self-styled loner who has no friends and tells everyone she likes it that way. So she’s not exactly looking to get wrapped up in anyone else’s problems. But pretty soon it becomes clear that something is very wrong with this school. Bullied kids are turning into virtual zombies manipulated by some unknown force. And the faculty is not just creepy, but also potentially behind it all.

Oh, and did I mention that her shadow has somehow suddenly come to life?

After a mishap in the school’s exhibit room, Suee’s shadow becomes a frequent visitor and often drops in at inopportune moments. To make matters worse, it may not be on her side. The shadow never seems capable of giving her a straight answer and it may have something to do with whatever is turning her classmates into “Zeroes.”

Luckily Suee is able to find some new allies who she may even dare to call friends. Together they start to investigate what’s been going on around school. But there’s a dark secret hiding in the school and even The Zero Detective Club may not be able to figure things out before it’s too late…

Suee and the Shadow is a fun read that’s not too scary for younger readers, but not so tame as to underestimate them.

While there is obviously a darker, supernatural theme to the story the book also addresses the deeper theme of bullying. The kids most likely to be turned into Zeroes are those being attacked by their classmates and the adults seem blinded to the fact that the Zeroes have become mere shells of their former selves. Readers get to uncover the secrets behind the school and the shadow’s ulterior motives, and they’re also brought into a larger discussion on bullying.

The story itself drags out at certain points and the transitions between chapters can be a little awkward. This is likely due to the fact that the comic was originally published at least in part as a webcomic. But the writing is more or less solid – even if the characters are at times a little over the top in their cruelty. And while the story wraps in up a satisfying manner, things are left open for future stories featuring Suee and her friends.

While Ginger Ly can tell a good story, Molly Park really nails the look and feel of the book!

I loved the character designs and I thought it was great how Park made Suee’s shadow such an ominous figure despite its fairly simple design. The white outlines of the shadow’s eyes and mouth were super creepy and very effective.

I also loved how she helped set the tone with the particular color palette she chose. The bulk of the coloring is done primarily in shades of gray and purple with flashes of red here and there. It helps show that this is a darker story without it being too morose.

Lastly, I want to give a shout out to this book for being one of the few middle grade stories out there focusing on Korean characters. Both Ginger Ly and Molly Park live and work in Seoul, Korea and it is just incredibly awesome to see a Korean middle grade OGN hitting the shelves! Don’t worry if you’re not sure how to pronounce a character’s name. At the beginning of the book there’s a handy pronunciation guide so they’ll help you out!

Suee and the Shadow is an entertaining read that will leave you hoping for more supernatural adventures with Suee and her friends in the Zero Detectives Club. Complete with a creepy shadow, supernatural conspiracy, budding friendship, and more, it’s a thoroughly entertaining read. If you’re looking for a fun and spooky read leading up to Halloween, you can’t go wrong with Suee and the Shadow!