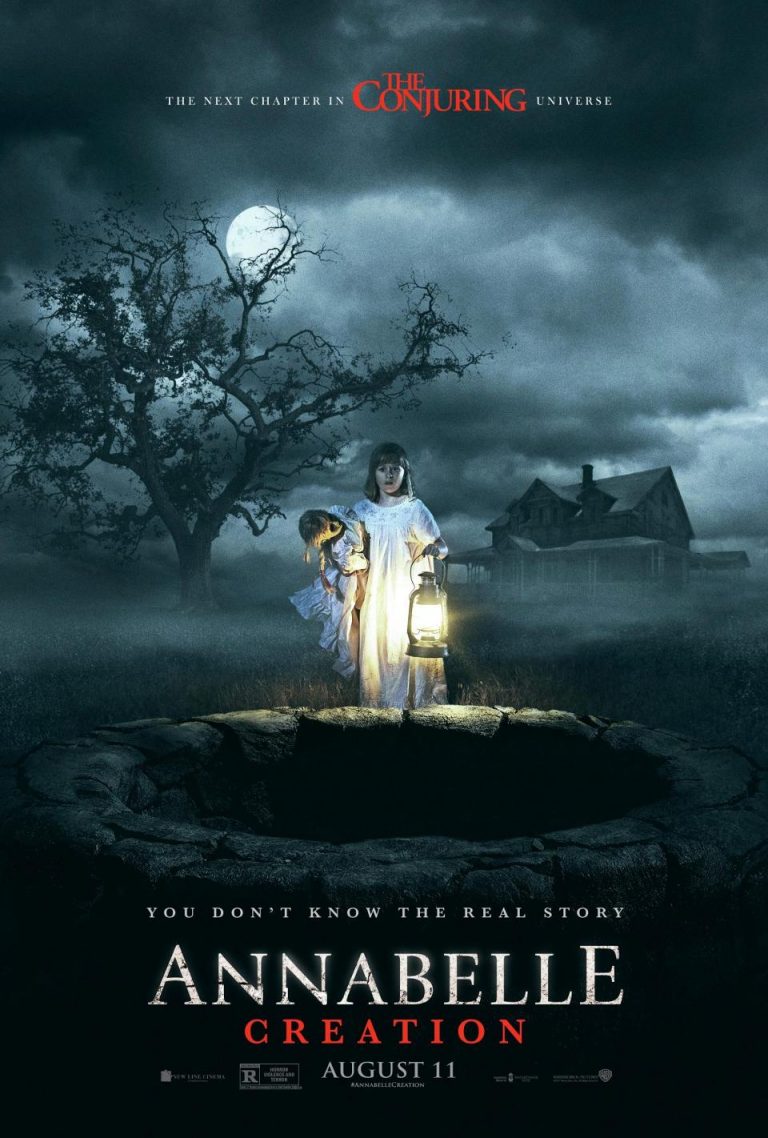 For the second time this year I have seen the prequel to a horror movie without having seen the original product: the newest entry in the Conjuring Cinematic Universe, that’s right that’s a thing! The Conjuring, that 2013 surprise hit remake of the ‘true’ story of the Amityville Horror folks, the soon to be two sequels, the spin offs Annabelle, and the forthcoming  The Nun and The Crooked Man. And each of these movies pulls in a hefty return at the box office so of course we’re getting a prequel. But wait… it’s good!

Annabelle: Creation goes back to the 50s and the Mullins family. The father, played by Anthony LaPaglia, makes dolls and is in fact responsible for the doll we know will eventually become the titular Annabelle. With him out in the middle of nowhere is his wife (played by Miranda Otto) and their daughter Bee. The family experiences a tragic accident and the story jumps 12 years into the future to find the Mullins parents opening up their home to orphaned girls.

That’s when the spOoOokiness starts. At this point our point of view shifts to two of the orphans, Janice, played by Talitha Bateman, and Linda, played by Horror It-Girl Lulu Wilson (Wilson starred in the other horror prequel, Ouija: Origin of Evil). The two girls explore the sprawling, scary home, find creepy rooms, dolls, and a whole lot more.

So back to it being good. The movie is in fact surprisingly good. It creates a great atmosphere full of dread. I mean, old-timey doll maker has to be the creepiest profession right? The look of everything, worn down by the elements and coated in dust, far from civilization paints a bleak place to endure the terror. And when the supernatural starts rising it gets tense.

The movie also diverts from the doll being the scary element quickly, which I really appreciate. Don’t get me wrong, that thing is creeptastic looking, but I cannot be afraid of it chasing a person down. The movie gets this, and moves past quickly.

The acting is surprisingly good. When much of the movie sits atop child actors, it can be a dicey move. If they’re great, it’s great but if they are at all poor then the movie suffers entirely. Thankfully Wilson and Bateman do bang up jobs of being lonely, scared kids.

The movie is not 100% of course. There are some scares that don’t land, silly dialogue, and a really lame set up for the future Nun movie, but aside from a massive info-dump in the third act detailing the exact origin of the demon-doll, it really works.

The third act is home to most the problems in fact, as the exposition kicks into overdrive to explain what we’ve seen and then has a couple of epilogues to neatly tie this movie to the beginning of the original. Unnecessary really. Without that it stands on its own well.