SDCC 2017: The Expanse Escape The Room Experience is One of the Best Off-Sites

Interactive off-site events and activations are always some of our favorite parts of San Diego Comic-Con. This year Syfy and Alcon Entertainment are promoting their hit series The Expanse by bring fans one of their most memorable off-sites yet. They have set up a free escape the room challenge complete with complex puzzles and a dire, series-inspired scenario that pits fans against one another.

Yes, you read that right: you’re not just racing the clock in this The Expanse-themed escape the room challenge, but also other attendees!

Once in line, everyone is separated into two teams. The teams are given ten minutes in which to solve the various puzzles and escape. The basic premise is that you and your team are attempting to salvage an abandoned ship when the on-board systems shut down. A rescue shuttle is on it’s way but it can only rescue one team.

So the race is on to survive!

I’m not going to spoil anything for you because the escape the room really is a lot of fun. The small teams and smaller confines make it a really unique experience – especially for a convention like SDCC where past escape the room-style events have had upwards of twenty people in a single room. The puzzles can be really challenging and pro-tip: you need to listen to the audio clues. They help!

Despite the odds, we won when we went through. After completing the escape the room, fans are treated to a nice prize pack which includes a tote bag containing the second season of The Expanse on blu-ray as well as your very own fidget spinner. You also get to do a fun little photo op and there are props from the show set up that you can view.

I don’t know how we did it but we survived #TheExpanse off-site at #SDCC! pic.twitter.com/Rn8gjnYvlC

If you can get a chance to do The Expanse Escape the Room, I highly recommend that you do it! You don’t need a badge to participate either – just hop in line.

However, you need to understand that you’ll probably be waiting for a while in the sun and outdoors, so keep that in mind. Because the teams are so small and everyone has up to ten minutes to solve the puzzles, it may take quite a bit of time for your turn to come up. And since the rooms aren’t very large they can’t really make the teams that much bigger.

The Expanse Escape the Room can be found in a lot near 2nd Avenue and Island Ave. just past the Bladerunner 2049 activation. Check out the map below for more information! 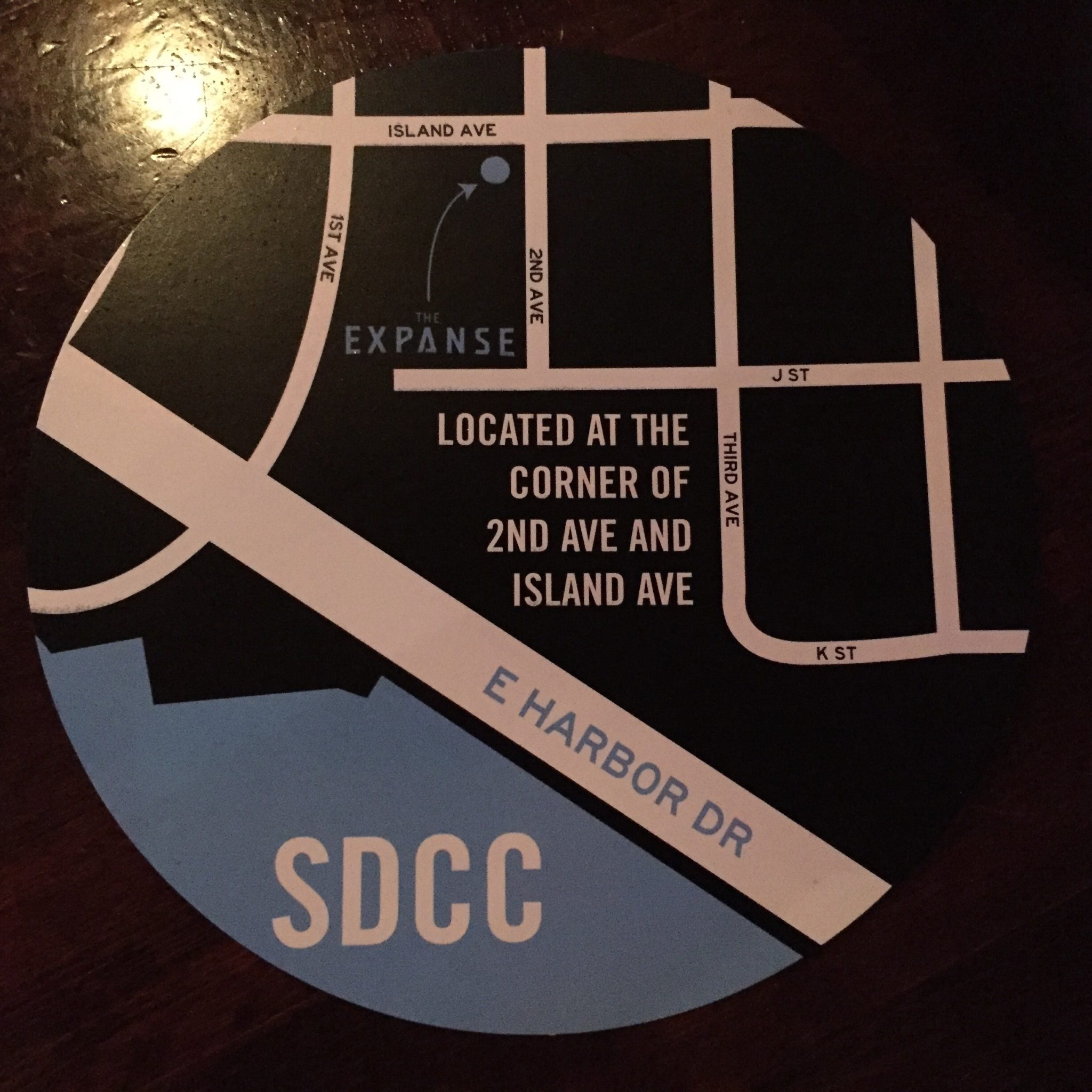