Netflix’s Okja Is As Strange As It Is Wonderful 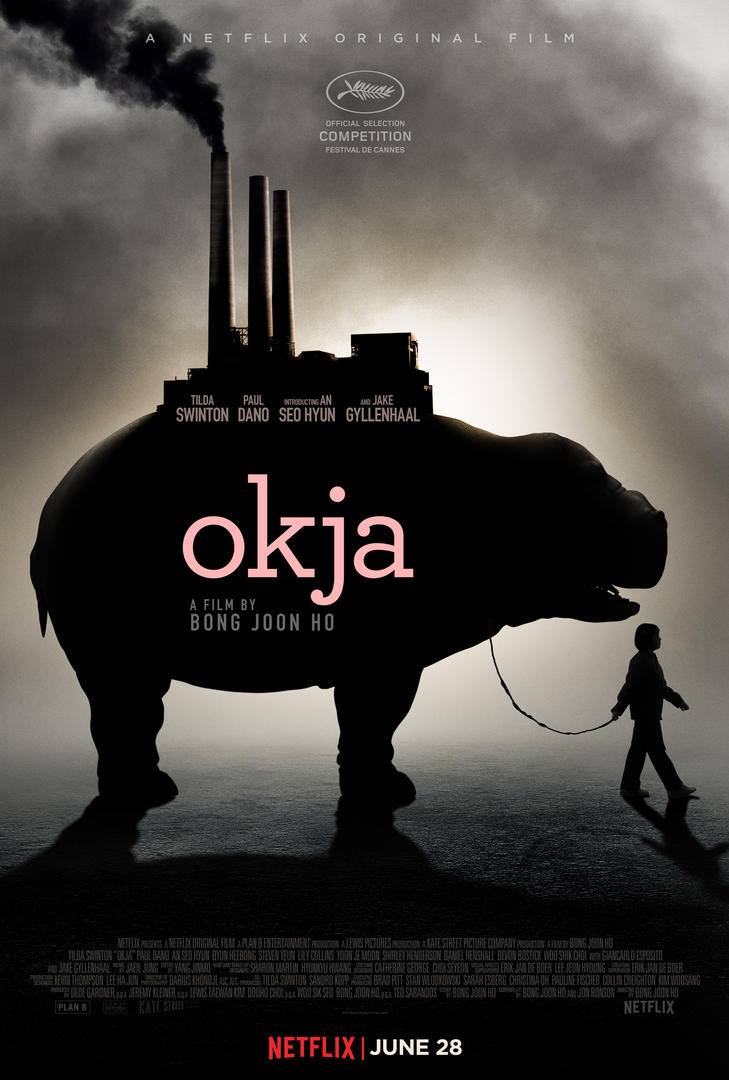 Okja is the Asian/Hollywood co-pro we’ve been waiting for. We had to suffer Great Wall, Ghost in the Shell, and other mixed-money flops before we could get here. And I, for one, am glad that Okja has made it.

Okja is the story of a girl and her super-pig, the eponymous character that is like a mix between a hippo, a pig, and a puppy. The girl, Mija, has spent ten years raising Okja on a small farm in South Korea. They’re best friends, and you know what that means? Think other pet films: Homeward Bound, Old Yeller, War Horse, etc. Girl loses pet, girl searches for pet, they go on an epic adventure.

I’ve promised this will be spoiler-free, but I must say that there is much more to the plot than meets the eye. The first 30 minutes of seems like a Studio Ghibli Miyazaki film. The second half is entirely an action packed romp, with the final act a satirical, yet horrifying take on the meat industry. There probably should have been a trigger warning for the factory scene. Director Bong Joon Ha leaves the audiences expecting the unexpected.

The performances are also noteworthy, particularly from the adorable Korean child-actor Ahn Seo-Hyun as Mija. (P. S. this is a Korean name, so Seo-Hyun is her first name). Jake Gyllenhaal also deserves a shout-out as the manic, confused, and washed up Dr. Johnny. Gyllenhaal has been re-entering a character actor phase, and by God, it’s working. Dr. Johnny is the perfect follow-up for the guy who played Donnie Darko. If we pretend Prince of Persia didn’t happen, this transition would be so smooth.

The Big Bad of the film is the Mirando corporation, led by an always bizarrely brilliant Tilda Swinton. But it’s Giancarlo Esposito that one needs to be watching. It’s like Gus came back for another round, except this time as a corporate honcho instead of flinging fried food at Los Pollos Hermanos. Mirando, a (possible) stand-in for the Monsanto company, is also featured in one of the most talked about shots of the movie: a recreation of war-room photo from the Obama era.  The film is loaded with these kinds of references, and adds to some of the pop culture-laden comic-book sensibility of the film.

Rounding out the cast are the ALF members (Paul Dano, Steven Yuen, Lily Collins, plus a few more). I’ve missed seeing Steven Yuen’s face onscreen, and hearing him speak in Korean is some of the sexiest stuff I’ve seen since Jason Momoa flexed in the Justice League trailer. But I digress!

Their performances are wonderfully subtle, yet poignant and comedic. And for anyone following the Tilda Swinton-Margaret Cho email debacle, this is the movie Tilda was talking about when she mentioned her token Asian friend, director Bong Joon Ha.

I haven’t seen Bong Joon Ha’s previous outing Snowpiercer, so I can’t completely speak to his directorial style. But I can say that Okja is simultaneously entertaining, fun, heartbreaking, and difficult. More often than not mixing genres and styles, multiple themes, and juxtaposed tones works against the grain of a film.

This movie, despite its effervescence, provides something that is smart and compact. It’s certainly not for everyone, but if you like to stretch your cinematic boundaries, give Okja a watch. To quote Lucy Mirando, it will be “f*cking good.”