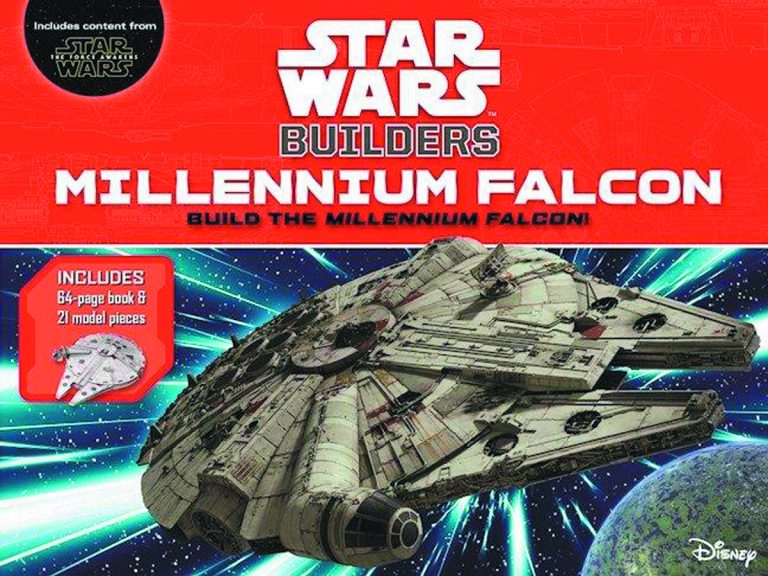 
Rating:
Star Wars fans are in for a treat with Star Wars Builders from Silver Dolphin Books! There are three different themed books to collect: Droids, Starfighters, and the Millennium Falcon. Each book is broken up into two parts: an informative section covering the topic and a section holding a set amount of model pieces to build your own models.

The books themselves are 64 pages in length and won’t be providing any new secrets of the Star Wars canon, but they are full of pictures from all of the movies up through The Force Awakens. The Droids book breaks down the types of droids and what parts a droid consists of. There are picture examples of each one and easy to digest paragraphs explaining everything you could ever want to know about droids between fun trivia and tying it all into the Star Wars universe.

The Starfighters book follows much the same way, breaking down the different factions and class ships. The Millennium Falcon focused book is the only one that has such a narrow topic and instead focuses on the ship itself, as well as the adventures Han Solo has gotten her into over the years. Each book ends with a quiz to test your new (or refreshed) knowledge and every book was a joy to flip through. Big pictures depicting famous people and scenes from the movies, as well as bold colors and fun trivia makes these books fun coffee table reads.

And once you’ve finished reading through the books, you can build the models included! The Droids book includes pieces to make BB-8, R2-D2, and C-3PO with his red arm from The Force Awakens. The Starfighters book includes enough model pieces to make a TIE Fighter and an X-Wing Starfighter. And of course the Millennium Falcon focused book provides the pieces to the Millennium Falcon, which is surprisingly the kit with the fewest pieces.

The size of the models are much bigger than I was expecting, given the size of the books, but they’re also made of sturdy cardboard, which makes them great to display and easy to assemble for children and adults alike. I will say that once you remove all of the pieces for each model from the books, there is a large open space between the front cover and once the book itself starts. Splitting the models from the book would have made it easier to keep and store the books long after the models were built and done. 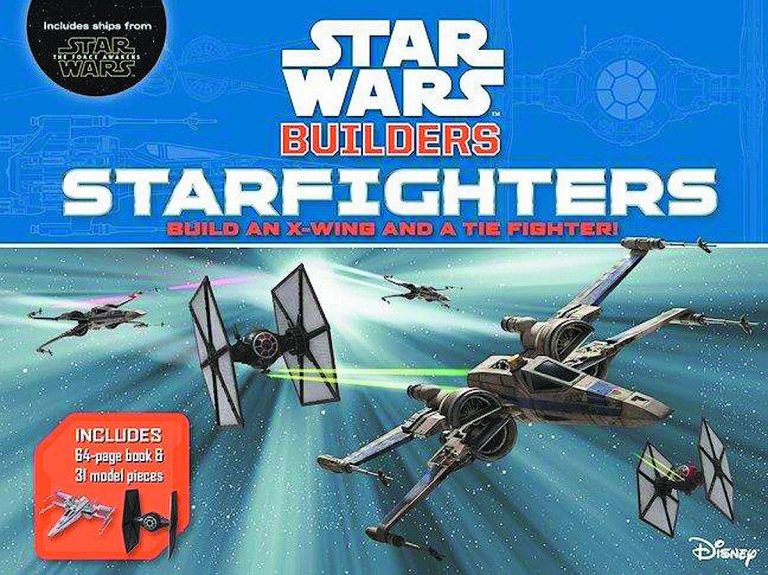 Like previously stated, the models are made of sturdy cardboard with a shiny finish and popping them out of the kits is easy. Popping out some of the smaller cardboard bits where the pieces are supposed to fit snugly together proved to be a little bit more challenging and smaller children may need some help to keep from ripping anything, but from there it’s like slotting puzzles into place. Anything rounded, like BB-8 and R2-D2, was slightly more challenging in that the dome shape had to be kept while still putting pressure on the sides to slot them into place.

Directions were put on large sheets of paper and included pictures of all of the pieces and how they came together, along with labeling and clear directions. Broken down into “steps” that were clearly longer than Tab A into Slot B, the directions were still easy to follow and it was a quick project overall. The end result is a surprisingly sturdy 3-D model that won’t last on your shelf forever, but could if you really wanted it to.

Star Wars Builders kits offer a hands-on activity to fill an afternoon with Star Wars trivia alongside a craft project that is fun for both kids and adults. While the information isn’t groundbreaking, the books are still neat coffee table conversation pieces with quizzes at the end to test your friends long after the models have been put together.