The Mummy: Wrap This Movie Back Up and Toss It Out 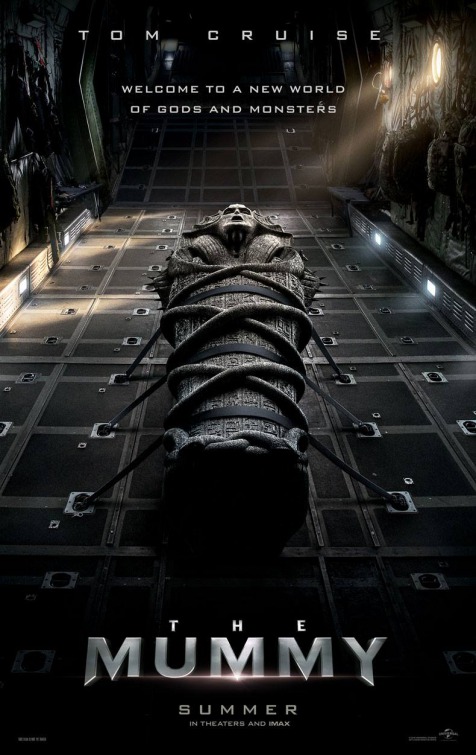 This movie is trash. Don’t see it. The only way I can see someone enjoying it is if they have an unnaturally high love and tolerance for Tom Cruise. If that’s you, if Tom running around is all you need in a movie to find some enjoyment… You know he’s been in better movies that do that right? Go watch Edge of Tomorrow, or any of the Mission Impossibles. Ok, now that I got that outta the way…

The Mummy opens with an exposition dump of the story of Ahmanet (Sofia Boutella), an Egyptian princess who gets a new baby brother. He jumps in front of her in the line of succession, so she proceeds to sell her soul to Set and slit some throats. It all goes pretty well for her, as you can imagine.

‘Mummified’ alive, in this case wrapped up in some bandages and dumped in a sarcophagus, she is imprisoned for thousands of years… Until Tom Cruise and Buddy show up to loot some ruins. Present Day. Iraq. Middle Easterners firing AKs into statues. Cruise and his buddy …Vale? I think his name was Vale, Jake Johnson’s character, engage in a run ‘n gun battle, which leads to the discovery of the ruins home to Ahmanet. The movie unfolds as you’d expect, the ‘mummy’ is unleashed and Tom and pals run fast to stop the collection and completion of a MacGuffin.

Then there’s a mid-movie reveal that Russel Crowe is Dr. Jekyll.  I just can’t anymore you guys. This movie suffers from two critical failures:

1) The casting of Tom Cruise as a character who is supposed to be some sort of rogue. A thief, a coward, a bad guy. And yet the film is incapable of forcing Tom Cruise to be this. He once almost steals a ring off a corpse but the Bland Forced Love character looks at him and prevents any further attempt at roguery.

2) This movie is, from the get go, hoping to build a ‘Dark Universe’ of Universal’s monster properties. The thing they tried to do with Dracula Untold several years ago but failed to do. Will they continue to try after both of these atrocious films? The idea of a monster universe isn’t bad, those creatures crossed over back in the day, but will they keep trying to build this ship with such rotten wood?

Fans of the 1999, and much superior, The Mummy can keep their eyes peeled for the Book of the Dead to be used as a bludgeon on a guard. That’s about as much respect as they show the property.

The Mummy is an awful attempt at a movie, a worse attempt at building a franchise, and perhaps the final nail in the sarcophagus of the Universal Monsterverse. We’ll see. We’ll hope.