How Much are You Willing to RISK? 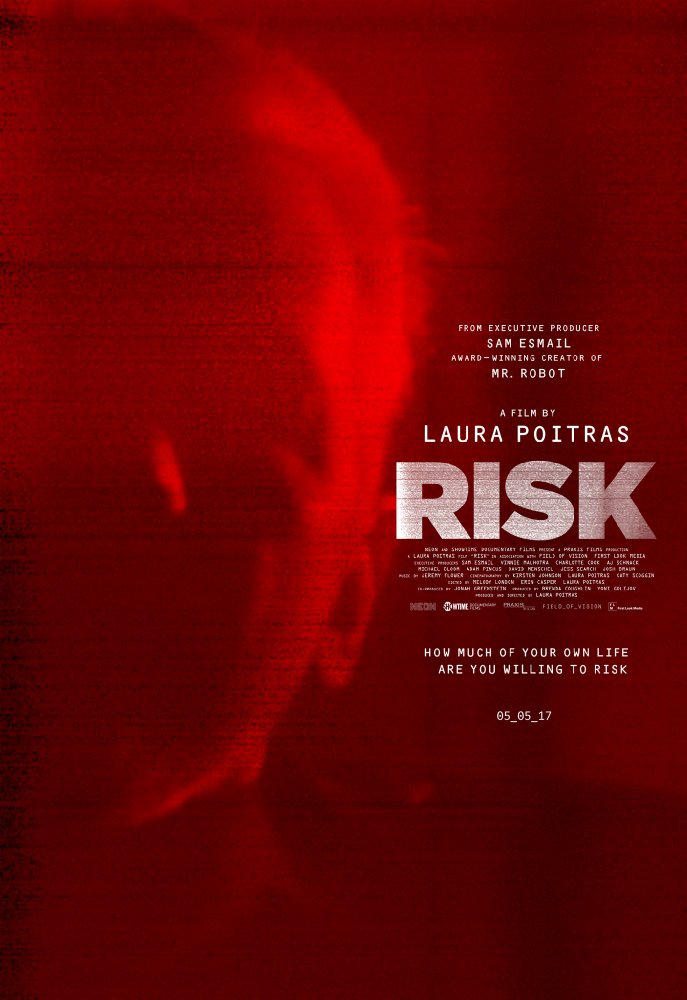 Following up on the 2014 hit Citizenfour, Poitras has returned to her original project: Assange. Poitras found herself smack in the middle of some of the most interesting, important events in recent memory in relationship to whistleblowers, leaks, and privacy issues.

The portrait of Assange presented in the film is staggeringly full. In the beginning The director herself narrates that she is surprised at just how much he lets her shoot. She does blame it on ego, but also questions if it has to do with bravery perhaps. The footage picks up when Assange and Sarah Harrison, a journalist and WikiLeaks section editor (as well as Assange’s closest advisor), are attempting to notify the US government of a potential leak.

We see WikiLeaks transformation through the days before the Afghan War documents leak all the way up to just a few months ago. This documentary covers the entirety of the timeline. It begins before anyone knows what WikiLeaks really is, following the leadership as they handle that crisis, attempting to protect their source. Then, as the tide shifts against them, showcases how they handle the allegations of sexual assault in Sweden. Here is where the documentary really takes a turn.

Poitras captures scenes of Assange, speaking with his legal counsel, discussing the women making the allegations as if it is some sort of feminist anti-man conspiracy being drummed up against him. You see the look of exasperation and disgust on his lawyer’s face as she tells him he can’t say those sorts of things, that it will only hurt his case, and he agrees to say that he cannot ‘publicly’ make those claims. She reaffirms that he shouldn’t make them at all, its paranoid delusional and misogynist sounding. The picture of Assange becomes clearer.

The film continues, showing the dissolution of the relationship between Poitras and Assange as she travels to Hong Kong to assist Edward Snowden, releasing his leak to the media and not through WikiLeaks (a move Assange hated apparently). Yet afterwards she still went back and resumed filming. Tying in stories of other tech privacy thought leaders, like Jacob Appelbaum, his work with Tor, and his own sexual assault allegations, with those of Assange makes for a tough but real picture of these people.

I will be the first to admit that I fell into the camp of naive supporters of WikiLeaks, in the sense that whistleblowers bringing attention to the government doing questionable (to put it lightly) things is important. It seems like it is brought to the public’s attention for the greater good.

So, in that casual agreement, I looked no further into the people operating it, or when the allegations came out thought, “Well, innocent until proven guilty I guess.” Risk opens up the viewers’ eyes to Assange as a person, not just a vague figurehead of a website and movement. Whether or not you think his work is important, he is also a sorta icky dude through the lens of the documentary.

Documentaries and I have a weird relationship as I often wonder where to draw the line of personal involvement for the filmmaker. Is it really a documentary if they are spurring things onwards, or actively taking roles in it? Poitras uses narration from her production journals at several points throughout the film and, for the large majority of them, I feel like they didn’t add anything to the piece. The final few, however, do add wealth as the film and the relationships with the subjects are wrapped up.

Risk is an insightful doc, doing its best to illuminate even more the tangled web of a situation created by Julian Assange and WikiLeaks.