A REVIEW COPY OF GAME OF SHADOWS WAS PROVIDED BY THE PUBLISHER IN EXCHANGE FOR A FAIR AND HONEST REVIEW. NERDOPHILES WAS NOT COMPENSATED FOR THIS REVIEW. OUR OPINIONS ARE OURS AND OURS ALONE. 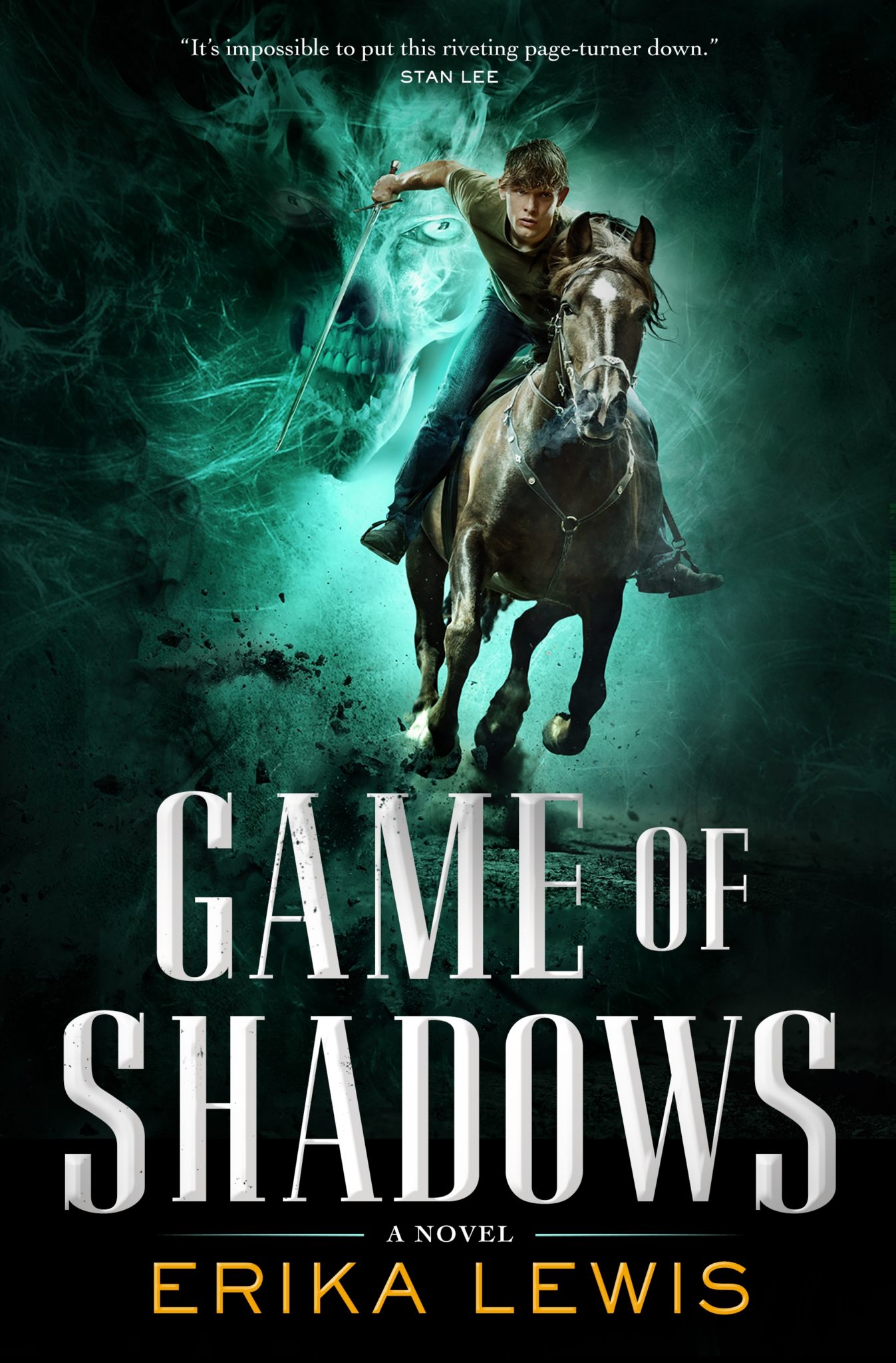 
Rating:
Some books are just so captivating you can’t stand to put them down. The story engages you and the thought of putting it down even to sleep is disappointing because it means you have to wait to see what comes next. Game of Shadows was one of those books for me. I read through the entire thing in about twenty-four hours time because it was just that entertaining.

If you’re looking for a fun, action-packed read that will keep you hooked from start to finished then let me introduce you to Erika Lewis’s Game of Shadows. Because it fits the bill! (As long as you’re a fan of young adult fantasy.)

The book follows a kid named Ethan Makkai, who has grown up under the shadow of his overprotective mother. However, on his birthday, he learns that nothing in his life has every been what it seemed. He is not just a ordinary teenager from a low income family in Los Angeles with an inexplicable secret ability to see ghosts. Instead, he is descended from a royal family leading one of the kingdoms on the long lost island of Tara.

After his mother is kidnapped, Ethan finds himself being taken to Tara by a guardian he’s never met before but who has protected him his whole life. Ethan quickly goes from obscure high school student to heir apparent after he learns that his uncle was recently murdered. It turns out that Ethan’s family passes on the claim to the throne through his very distinct supernatural power to commune with the dead and he his the only Makkai left with this gift.

Tara is a strange, wild place where magic is real, creatures from Celtic mythology are real, and it takes Ethan a while to really understand what’s going on. He meets family members he never knew about including a father he had been told was dead which is understandably jarring.

With the help of his cousin, Christian, and a girl named Lily whose family is loyal to the Makkai family, he starts to search for his mother in hopes of rescuing her and defeating the evil sorcerer he learns kidnapped her. Along the way he becomes acquainted with the people and beings of the island of Tara, develops strong relationships with various characters, and learns what it feels like to be betrayed even by those closest to you.

Ethan’s journey is incredibly fast-paced and he shows a lot of personal growth throughout. He goes from helpless American teenager to future monarch quickly but not necessarily unrealistically. One of the benefits to Ethan being the focus of this story is that he’s relatable. I could see some people thinking he’s a bit of a stereotypical hero-type but that’s not necessarily a bad thing. And he does make mistakes as he goes along – he just learns from them. He relies on the people around him and he acknowledges his own limitations while still challenging himself to rise above them.

The story does a really great job of tying Ethan’s personal journey of growth and revenge into it’s world building. He, his cousin, and Lily travel across Tara introducing us to a wide variety of beings, creatures, and magic. We get to learn the political structures of the various regions in Tara, their relationships, and how the islands history has shaped everything. It’s actually really cool how much effort was put into developing the geopolitical factors of Tara. (I’m a nerd who really enjoys stuff like that.)

There were only a few things about the book that really bothered me. One of them was the ultimate revelation of betrayal I talked about earlier. It was just a little too stereotypical for me. When we first met the character in the book I immediately thought, “I really hope he doesn’t end up being evil.” And lo’ and behold: he was evil.

My other concern was the ending. I’m not talking about the actual ending which is actually pretty great. And while I don’t really want to spoil too much for any of you who may want to read the book I will say that there is an ‘epilogue’ at the very end that’s set well over a year later. In my opinion, it just didn’t seem to fit with the rest of the book. It feels almost gimmicky – and all it really does is set the stage for a sequel with a scene that could have just been the start of that second book.

I’m a sucker for fast paced, action packed stories and this is one of the most entertaining books I’ve read in a while. As I said earlier, I was hooked from the beginning. The writing is engaging, the story is fun, and the focus on Celtic mythology is a nice change of pace from the more Greek and Roman mythology-focused books I’ve been reading as of late. If nothing else, this is one heck of a debut novel – and I can’t wait to see what Erika Lewis does next. If you’re looking for a quick, easy read that satisfies from start to finish (the epilogue notwithstanding), then give Game of Shadows a try!