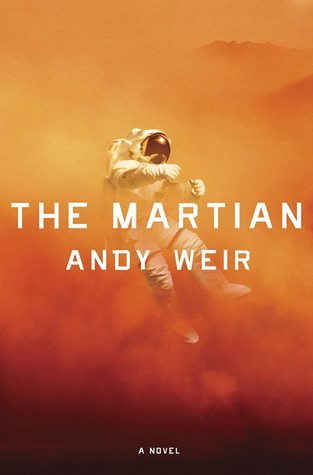 The Martian has been languishing away on my ‘to be read’ list since it first came out. I have no excuse for leaving it there for so long. I have wanted to read it for a long time. Everyone I knew who had read it, loved it. It seemed right up my alley. For some reason, though, other books just kept taking priority over it. Finally, after the first trailers for the Matt Damon film adaptation came out, I buckled down and said no more excuses.

And it was absolutely amazing. It lived up to all the hype and then some.

I honestly cannot believe it took me so long to read this book.

Andy Weir’s The Martian is science fiction at its finest. Well written and it spins a story of survival, science, and basic humanity that anyone can enjoy. The one thing I want out of science fiction more than anything else is something that anyone can enjoy regardless of the familiarity with the genre. That’s why I love Interstellar so much. That’s why I love Star Wars and the new Star Trek movies so much. And that’s exactly what I got with The Martian.

The book follows astronaut Mark Watney who on the very first page tells us he’s very like about to be come the first man to die on Mars. When a freak storm forces his team to evacuate the planet just days into their mission he is struck by debris and presumed dead. But he didn’t die. He was left behind alive and he must find a way to survive until the next team arrives years later or someone figures out a way to rescue him.

The story is told primarily in the form of log entries written by Watney. He’s a really great character whose optimism and ingenuity make him well suited for this last ditch attempt to survive. That’s one of the reasons I love this book so much. So much of pop culture these days is dark, depressing, and full of doom and gloom. But The Martian remains a very hopeful story. No one every really gives up.

Other sections of the book are told in the third person and focus on his crew and those on Earth at NASA as they realize Mark is alive and try to help him survive. They make their own sacrifices and grapple with their own fears throughout. Mark becomes a national icon, his survival is a major focus in the world-wide media. It becomes a global story in a lot of ways.

Ultimately, The Martian is a fantastic read. It’s not a literary game changer by any means but who cares? It’s hopeful, easy to read, and not at all boring in the least. It’s a book that keeps you wanting more with a primary narrator you can love. I highly recommend it to anyone – not just science fiction fans!

A review copy of this title was provided by the publisher via NetGalley.