The Spire #1 Takes Us to the Tiers and Beyond 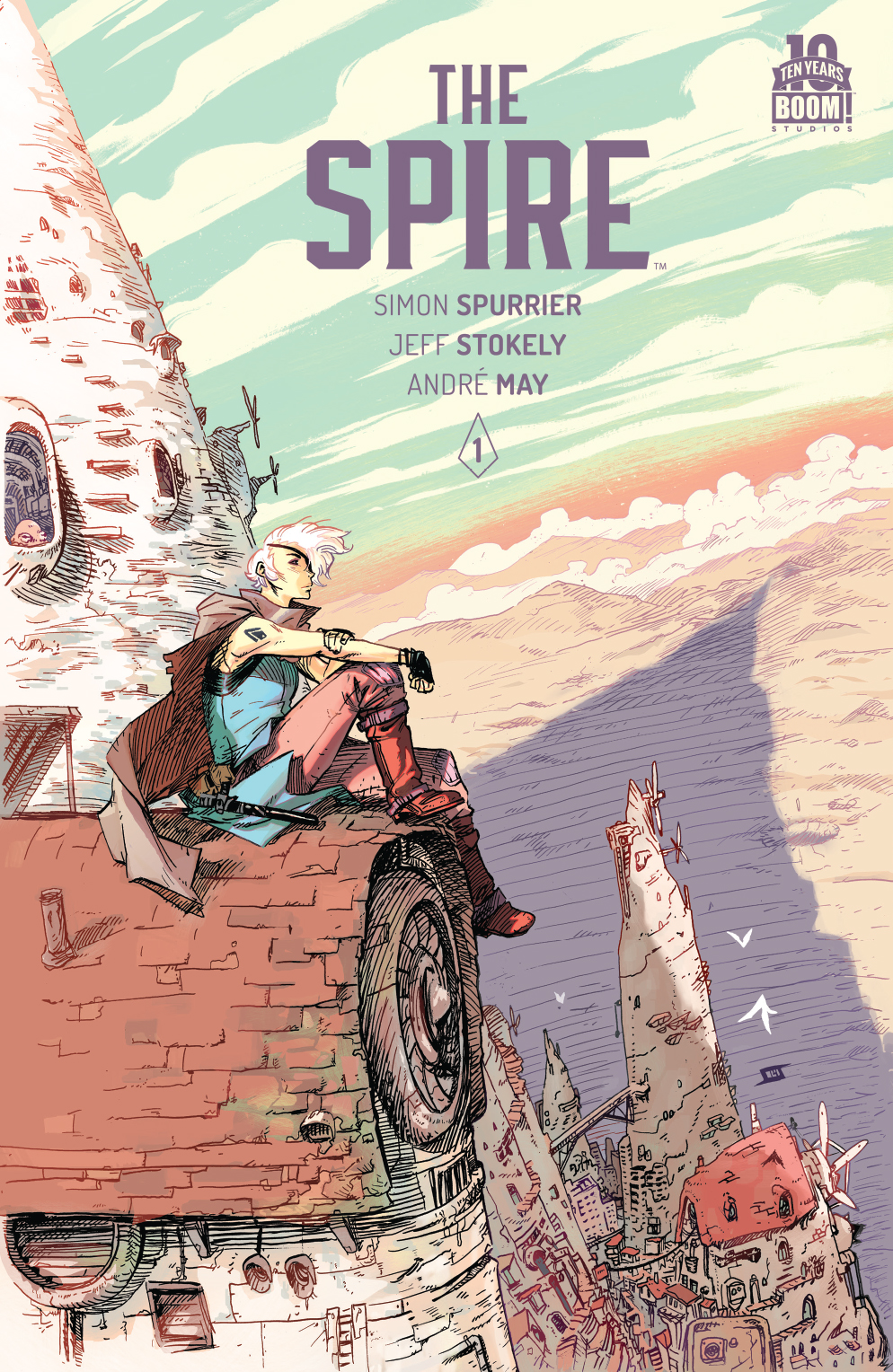 BOOM! Studios is bringing us yet another awesome fantasy series and I’m really enjoying this one. The world building of The Spire is fun. But so is the story. It starts out with big changes and a slow hint at an incredible mystery to be unveiled moving forward.

The Spire takes us to a fantasy world centered around a community known as ‘The Spire.’ Built upward from the ground, wealth flows towards the sky with the lower tiers laboring below those in the wealthy upper-classes. Many of those living below are among ‘The Sculpted.’ Many of them take their characteristics from the cherubs, dwarves, and such of legend while others are incredible, diverse, and colorful creatures. Unfortunately, they are generally considered ‘deformed’ and untrustworthy by the normal humans who largely live above.

For the last couple decades, the Baron has tried to rule with a sense of equality towards these sculpted races. But it’s been a very fragile peace. And when the Baron dies and his oldest daughter takes over it seems like things might just fall apart. Overnight old prejudices come to the forefront and even those Sculpted who have managed to find themselves in positions of trust and authority – like our heroine Commander Sha – find people brazenly willing to criticize them and their kind.

Commander Sha in particular finds her abilities questioned when the old nanny of the new baron is found murdered along with two men who had previously tried to mug her in a back alley. She’s put between a rock and a hard place as the baron demands answers.

Of course, if anyone seems capable of finding them it’s probably Sha. She’s an incredible character. I still get pretty excited when I see a strong, queer female character leading a title. One of the Sculpted herself, Sha has the abilities of a ‘Medusa’ which seems to be the ability to reach out with an unending number of thin tendrils. (It’s pretty cool.)

While Sha tries to figure out who murdered these people in the city, a messenger captured outside of the Spire is brought before a creepy looking enemy from the endless wastes. So while the Spire may be threatened from with in at the moment things are likely to only get worse. And we’ve got seven glorious issues in which things can fall apart.

I’m looking forward to learning more about the Spire and more about the world outside. We get brief glimpses but not much. Honestly, I’m looking forward to seeing more of this book generally. It’s a really fantastic style that gives an almost touch of whimsy at times to what is otherwise a bit more serious. I’m a big fan of Jeff Stokely in general. The dude has some serious skills.

The Spire is just the latest in BOOM! Studios’ hits this summer. They are seriously just releasing awesome series after awesome series. You’ve got to love a publisher who gives you this much awesome diversity in story, characters, and artwork on the regular. You go, BOOM!