You Need to Read “Firefight” Right Now — and Here’s Your Chance!

Over the past week or so I’ve had the incredible opportunity to read through Brandon Sanderson’s Steelheart and Firefight. I was excited because I’ve heard a lot of great things about Brandon Sanderson in general.

But, folks, these two books blew me away.

Both are easily five star books for me and my upcoming  full reviews will say as much. 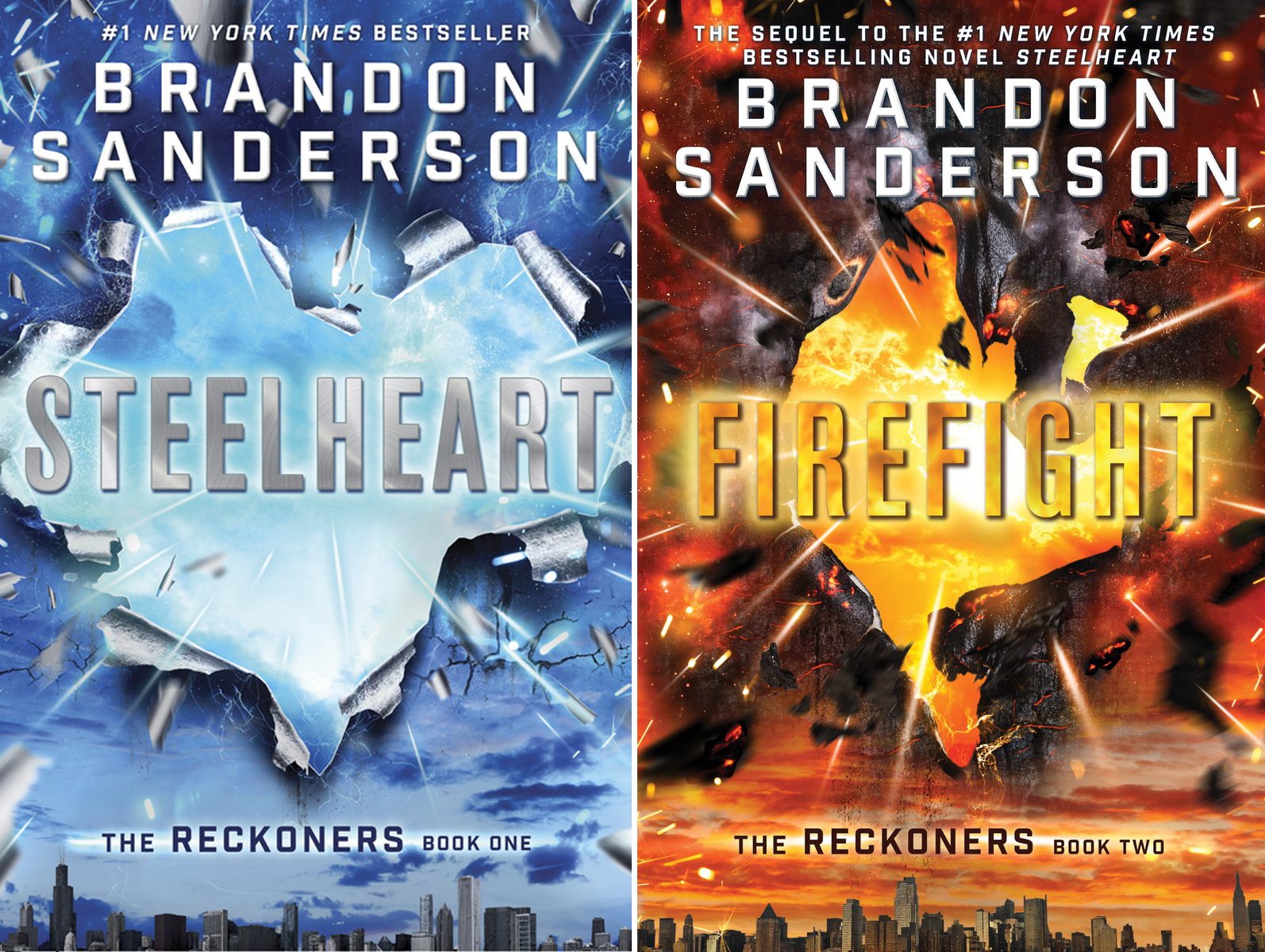 The Reckoners series takes the usual superhero tropes and turns them on their head. They take place in a world where superheroes exist. They just aren’t really heroes. Those who developed incredible powers did indeed take on heroic secret identities with matching monikers and costumes but instead of saving the world these “Epics” as they are called choose to rule it.

The series follows David Charleston and the Reckoners – a group dedicated to fighting back against the Epics by taking them out one at a time. Both books are just incredible. Well paced and full of action, they keep you wanting more. I seriously could not put them down.

That’s why I’m so excited that the folks at Random House partnered up with us for this giveaway. These books are just that good. If I could, I would share these books with everyone. As it is, we can share them with at least one of you!

Get Your Own Copies of Steelheart and Firefight by Brandon Sanderson!
Enter through the widget above and read on to learn more about Firefight, the author, and more.

Steelheart and Firefight are awesome. But you don’t need to just take my word for it. Steelheart hit the #1 spot on the New York Times Bestseller list and has topped reading lists from International Reading Association and ALA-YALSA. It was even an Amazon Best Book of the Year. Seriously, everyone has been raving about Steelheart.

“Sanderson has written a riveting dystopian adventure novel . . . Snappy dialogue, bizarre plot twists, high intensity action, and a touch of mystery and romance; it’s a formula that sucks readers into the prologue, slings them through on tension-filled encounter after the other, and then . . . leaves them panting for the sequel.” —Booklist, starred

“Sanderson’s whiz-bang imaginings, and a fully realized sense of danger (the brutal opening scene alone will hook many) make this an absolute page-turner.” —Publishers Weekly

“Unfortunately for my ego, Steelheart is another win for Sanderson, proving that he’s not a brilliant writer of epic fantasy, he’s simply a brilliant writer. Period.”  —Patrick Rothfuss, author of the New York Times bestseller The Name of the Wind

“Fantastic! The suspense is relentless and the climax explosive, with a resolution that I’ll be thinking about for a long http://premier-pharmacy.com/product/lipitor/ time.” —James Dashner, New York Times bestselling author of the Maze Runner series

Brandon Sanderson is back with a vengeance in FIREFIGHT, the follow up to the #1 New York Times bestselling Steelheart.In the book that Kirkus Reviews is calling a “rare middle volume that keeps the throttle open,” Sanderson takes readers on another a thrill ride and “presents a Marvel Comics-style mix of violently destructive battles, fabulous feats and ongoing inner wrestling over morality and identity.”

David Charleston still can’t believe it. Steelheart is dead, and he died by David’s own hand. Even the Reckoners had never killed a High Epic, but the invincible has fallen and now Newcago is free. Despite attaining revenge for the murder of his father and living his dream as a team member of the most elite Reckoners cell, David finds he has more questions than ever before, and he won’t find the answers in his home city.

Babylon Restored, the city formerly known as Manhattan, could hold the key. Ruled by the mysterious and ambivalent High Epic Regalia, Babylon Restored is a place flooded with water and painted in neon, where the inhabitants spend most of their days lounging and nights partying. David can’t seem to understand the complacency of the city and its residents, but what he does understand is that being positioned here, risky as it may be, could lead him to the answers he so desperately seeks. Because there is an emptiness in him, one left behind after killing Steelheart, that was filled unexpectedly byFirefight, who is just plain Megan to him. And David will stop at nothing to find a way to understand Epics and bring her back to him. Hopefully for good this time.

The second book in the Reckoners series and follow up to the highly acclaimed Steelheart, which Publishers Weekly called “an absolute page-turner,” FIREFIGHT is filled with spine-tingling adventure and heart-racing action that promises to satisfy fans both new and old.

Brandon Sanderson is the author of the internationally bestselling Mistborn trilogy. In 2007, he was chosen to complete Robert Jordan’s The Wheel of Time series following the author’s death.  The concluding book in that series, A Memory of Light, was released on January 8, 2013, and debuted at #1 on the New York Times Hardcover Fiction List., just as his two previous Wheel of Time books had done.  His work has been published in over 25 languages and his books have sold millions of copies worldwide. He lives and writes in Utah. Visit him at BrandonSanderson.com or connect with him on Twitter @BrandSanderson.

6 thoughts on “You Need to Read “Firefight” Right Now — and Here’s Your Chance!”