2014 was a great year for gaming. We saw releases of stunning new games on new machines that continued to push the boundaries of our imagination and commercial game development. From mobile to mainstream to indie, we have no qualms about loving it all and burying ourselves for hours in these fantastical worlds. Here are just some of our favorite obsessions from this year. 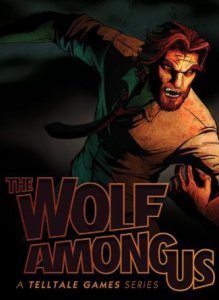 The Wolf Among Us (Telltale)

After spending an entire summer reading a majority of Bill Willingham’s epic comic series Fables (and the lesser, horribly written spin off Jack of Fables), it only made sense that I wash this all down with the first video game based on the series. Serving as a prequel to the series, you play as Fabletown Sheriff Bigby Wolf as he attempts to solve the murder of a prostitute named Faith, unraveling a trail of corruption along the way. While not written by Willingham, the game ends up going into a lot of themes he didn’t explore in the series as well as being an amazing intro to the world of Fabletown in general. Not to mention the game’s replay value is through the charts with the choices you make affecting the outcome of Bigby’s investigation. — Picked by Ashley & Therese 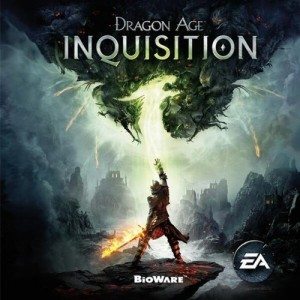 Having logged over 75 hours playing this game within a few short weeks, it’s no surprise that this was my favorite game of 2014. The main plot isn’t too long, but the game really shines in its immersive world exploring and unique side quests.  While the game references previous Dragon Age installments, you don’t necessarily need to have played its predecessors. The game will appeal to gamers who simply enjoy a good open world fantasy roleplay. The graphics are absolutely stunning and the customization opportunities within the game are endless. Saddle up with your mount and your trusted team members, and begin exploring the rich worlds of Ferrelden and Orlais on your quest against evil.  — Picked by Elise Koszarek

Have I probably already put a couple hundred hours into the game? Yep. Do I think it’s one of the most intuitively and intelligently designed card games ever created? Definitely. Do the ‘Play’, ‘Solo Adventure’, and ‘Arena’ mode each deliver a completely unique experience that challenges players to strategize in unique ways? Surprisingly so. Has Blizzard done a fantastic job of keeping the game going by releasing expansions that legitimately transform the way the game works? Definitely, yes. Has the game had a negative effect on my productivity and social life, and have I struggled with legitimate addiction over this game? Yeah. But I suppose that’s just a testament to its quality. — Picked by Steve & Cody (begrudgingly)

Puzzle games can often feel repetitive, frustrating, and even boring. Modern game developers are constantly trying to push the envelope in creating puzzle games that not only widen your appreciation for the genre but also stimulate you to come back for more. Monument Valley is a unique puzzle game that takes artistic notes from the enigmatic world of M.C. Esher’s “Relativity” piece and mixes it with ethereal and hypnotic sound design and creates something that is simply art. The game is relatively short (although they recently released an expansion) and the puzzles lack a certain frustrating difficulty that is so addicting, but if you have the $4, I suggest downloading this because it’s a masterpiece. — Picked by Therese 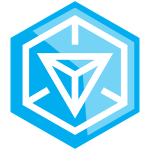 After a year of being a sitting duck on outings with my roommate playing the Android Beta version of the game, I finally got to start playing the game when the iOS port released. Surprising no one, it was as immediately addicting as everyone said it was. Mixing capture the flag with geocaching, Ingress quickly becomes a quest for experience points, leveling up, and occasionally screwing over someone on the other team (eat it, Smurfs). It also requires something that not a lot of games on this list include in order to advance: going outside, looking at local landmarks, and making friends. Sure, you’re all standing around a bus stop looking at your phone, but you’re at least paving the way for our new Shaper overlords. — Picked by Ashley 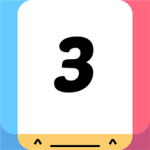 If you were one of the many people who played 2048, but not the original version Threes, I feel sorry for you. Way more intuitive and with an adorable design in both look and sound, Threes is probably the most pleasant game I’ve ever gotten myself addicted to. Do yourself the favor and pay the $2 to download this game. Push some tiles around and keep that soundtrack on loop. — Picked by Ashley

I absolutely adore this game. I’m someone who easily forgets that I have a DS, and while I was playing this game my DS never left my side. The game play is fun and very Final Fantasy-esque with turn-style combat and interesting and interactive characters. The story is fantastic and worth the play simply because of the plot. It shares the same class system type idea that Final Fantasy III has. As you play through the game you get new classes, or jobs, that your characters can be. This changes their abilities, outfits, and fighting styles. Some examples include the basic White Mage, Thief, Black Mage classes or the more unique Merchant, Spell Fencer or Time Mage classes. Bravely Default is my top pick for the year because it’s the one game I can look back on playing this year that really captivated my attention. — Picked by Mea 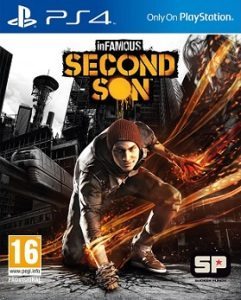 This was the game that makes the PS4 for me. I love action games and InFamous was one of my favorite series back on the PS3. I had high expectations for Second Son going in but, man, this game blew those expectations out of the water. It was incredibly fun, fast paced, well told, and chalk full of amazing voice talent. There wasn’t a moment that I didn’t love about it. Second Son felt like the first game to truly take advantage of the next-generation platform without just trying to look good. It looked great, played well, and was essentially awesome. So, it’s definitely my top pick of 2014 regardless of the other awesome games that came out later in the year. — Picked by Sam