Synopsis: Team Machine has a run-in with a nasty gang called the Brotherhood as they try to protect a brother and sister.

This week’s episode introduced us to a new baddie and gave viewers a feel of the team being back together after a long three episode stretch of everything being up in the air. I appreciated the episode this week because it restored the status quo and harkened back to the procedural style show Person of Interest first marketed itself to be. Yet the writers managed to produce a procedural episode without creating something easy and predictable.

The number of the week is actually two numbers: siblings. They stole money from an infamous group called the Brotherhood and they’re lives were in turn put at risk because of it. Reese, still attempting to maintain his detective identity, takes the case upon himself and makes it work with the job. That was another thing about this week’s episode that was interesting. After some very character-centric episodes, such as with Finch coming to terms with the new parameters of their operation and the very Fusco-centered “Wingman” episode, viewers got a Reese and Shaw centric episode. 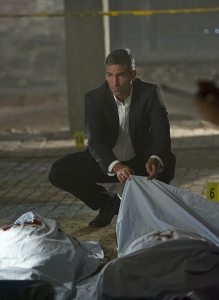 I’ve missed our ass-kicking spies. I’d be lying if I said otherwise. It was refreshing to get to see them again, back to doing what it is they do best.

With Reese tasked with following the kids and keeping an eye on them, Finch is left to strike a deal with our old friend Elias. Team Machine needs help after all, since their entire operation ended up dismantled at the end of last season. Who better to help than Elias, mister on-the-run who knows more about New York City and the criminal activity just below the surface than most of Team Machine? Though his assistance comes with a price. He wants answers. Who could blame him? It doesn’t take a genius to see that the players have changed and Elias is a perceptive guy. No doubt he wants to know what it is exactly he’s getting into before he dives right on in.

Meanwhile, Reese’s case leads him right into the midst of a DEA investigation. Reese ends up getting partnered with Agent Lennox and they investigate the kids together. Eventually they track down the children, who stopped to buy new clothes on the way to their next destination, and everything tumbles together. They get the kids to a penthouse and attempt to convince them to give up where the money is hidden, to no avail. That is, until Reese pulls out his amazing kid skills and manages to convince Malcolm that telling them where the money is will be the best way to protect his sister and make everything right. 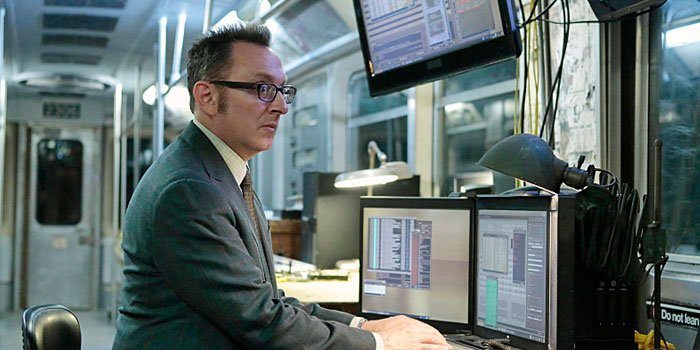 Unfortunately, it turns out that Lennox is a DEA mole for the Brotherhood. She takes the information about the money and makes a run for it, leaving Reese and the kids in the crosshairs of the Brotherhood. All the while, Shaw is having her own adventure with a Brotherhood lackey she managed to capture. She uses him to try and find the Brotherhood’s leader, Dominic, while Reese works to get the kids somewhere safe.

This was one of those situations where I was proud of myself for catching on to the fact that Lennox was the mole. However, while distracted, the writers threw a curve ball I wasn’t expecting. More on that a little later.

Once again, just like old times, the viewers got a chance to see Reese http://premier-pharmacy.com/product/synthroid/ work. Borrowing a can of mace from Tracey, the younger of the siblings, he makes a bomb in the elevator that painfully smokes out a few members of the Brotherhood. He then hides the kids away while the Brotherhood members stomp up the stairs toward the penthouse where they think everyone is hiding. However, just as they think they’re in the clear after Reese kneecaps a couple of guys, two more show up and grab the kids. Not all was lost, though, because in a beautifully glorious moment Fusco appeared and shot the two guys holding the kids hostage. Talk about teamwork. Though even as they relish in their victory, more Brotherhood men show up to take them on. 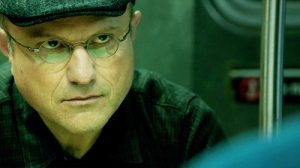 And of course Malcolm, being the selfless kid he is, ends up ditching Reese, Fusco, and his sister in order to turn himself over to the Brotherhood in exchange for his sister’s life. Kids like the complicate things. Reese doesn’t let it get far, though, and with a bag full of decoy money trades himself for Malcolm and ends up taking a ride with Link who is someone we met earlier. He’s not really a fan of Reese, either. Once Link realized the money wasn’t in the bag, everything seemed lost until Shaw came to the rescue.

The lackey she’d managed to capture, Mini, led her right to the Brotherhood’s stash of cocaine. All it took was a threat to burn it and Link gave up the chase, let Reese go, and decided to cut his losses. After all, it wasn’t going to be worth it to lose all of the product they’d stashed away. So in the end, the Brotherhood moves on, Reese gets away, and the kids return home safely.

Coming full circle, the viewers are led back into the subway system where Finch and Elias have their meetings. Finch admitted the world had changed, but keeps the details to himself in order to keep Elias safe. Instead, he gives Elias a copy of The Invisible Man by HG Wells along with the address where the cocaine had been stored. This is one of those subtle literary references that pops up in this show time and time again which harkens back to the science fiction roots running through the entire thing. 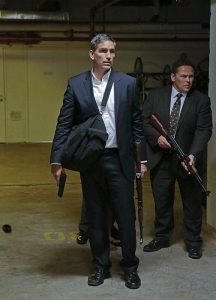 I’ve said it a lot and I’ll said it again: Person of Interest is a piece of prime science fiction wrapped up in a procedural blanket. It toes the line and manages to produce a relatively realistic show while also playing on the cusp of reality. There’s still a bit of the fantastic and futuristic which no doubt pushes the audience into science fiction territory without them actually realizing what’s happening.

It is brilliant and one of the reasons I love this show.

The big surprise the writers pulled over on me that I mentioned earlier? Mini, the man Shaw had in her custody for almost the entire episode, was the boss of the Brotherhood. He’s the one heading the entire thing up. Mini is Dominic and they had him in their hands, in their custody, and ended up letting him go. I may have seen Lennox coming but Mini being Dominic caught me completely off guard. Major props to the writers for this episode and for a fun plot twist I didn’t see coming.

One thought on “Person of Interest: Brotherhood Recap”