Watch With Us: Sleepy Hollow

Sleepy Hollow premieres tonight at 9 pm and will run Monday nights. The show is going to be a “modern retelling” of The Legend of Sleepy Hollow and we’re… going to see how that works out. From the preview trailer, the story seems to be that George Washington sent Ichabod Crane on a mission to kill a horseman back in 1790. After stabbing and beheading the horseman, Ichabod Crane and the horseman both collapse.

When he reawakens in Sleepy Hollow, the Headless Horseman does as well – and goes on a killing spree. It’s in the trailer, but there are spoilers ahead. The Headless Horseman kills the town’s sheriff and Ichabod must team up with the newly appointed sheriff, Abbie Mills, to hunt him down. As if that’s not enough, Abbie begins to look into the old sheriff’s files and finds good and evil occult groups in the town of Sleepy Hollow. The evil group may have summoned the Horseman, who must be stopped or there will be dire consequences. As the Horseman and Ichabod become comfortable with the 21st century, the story unfolds…

I’m excited for this show or three reasons.

With the introduction of the occult groups and the flashes of money and talk of George Washington, you know there’s going to be some big overarching conspiracy involving the forefathers a la National Treasure. None of the other modern retellings have caught my attention yet, but throw in a dash of conspiracy theories and some period wear and I’m totally on board to give this show a shot. I’m a bit skeptical about the longevity of the show, as I don’t know how long they can draw out the hunting of the Horseman, but that’s another reason to tune in.

Can we just take a moment to appreciate this fine cast they’ve put together for Sleepy Hollow? Clancy Brown appears to be the soon deceased sheriff, Orlando Jones as Captain Frank Irving, and Nicole Beharie as the newest sheriff in town. John Cho is also in the show, but there’s hardly any mention of him in the trailer – he’s just barely there in the end. All of these are familiar faces (to me at least) and, even better, there appears to be many people of color in major roles. I want this show to succeed, at the very least, to see John Cho and Nicole Beharie and Orlando Jones on my television screen week after week. With Clancy Brown’s fate already sealed, in the pilot I bet, Nicole Beharie becomes the law in town and I can’t wait. 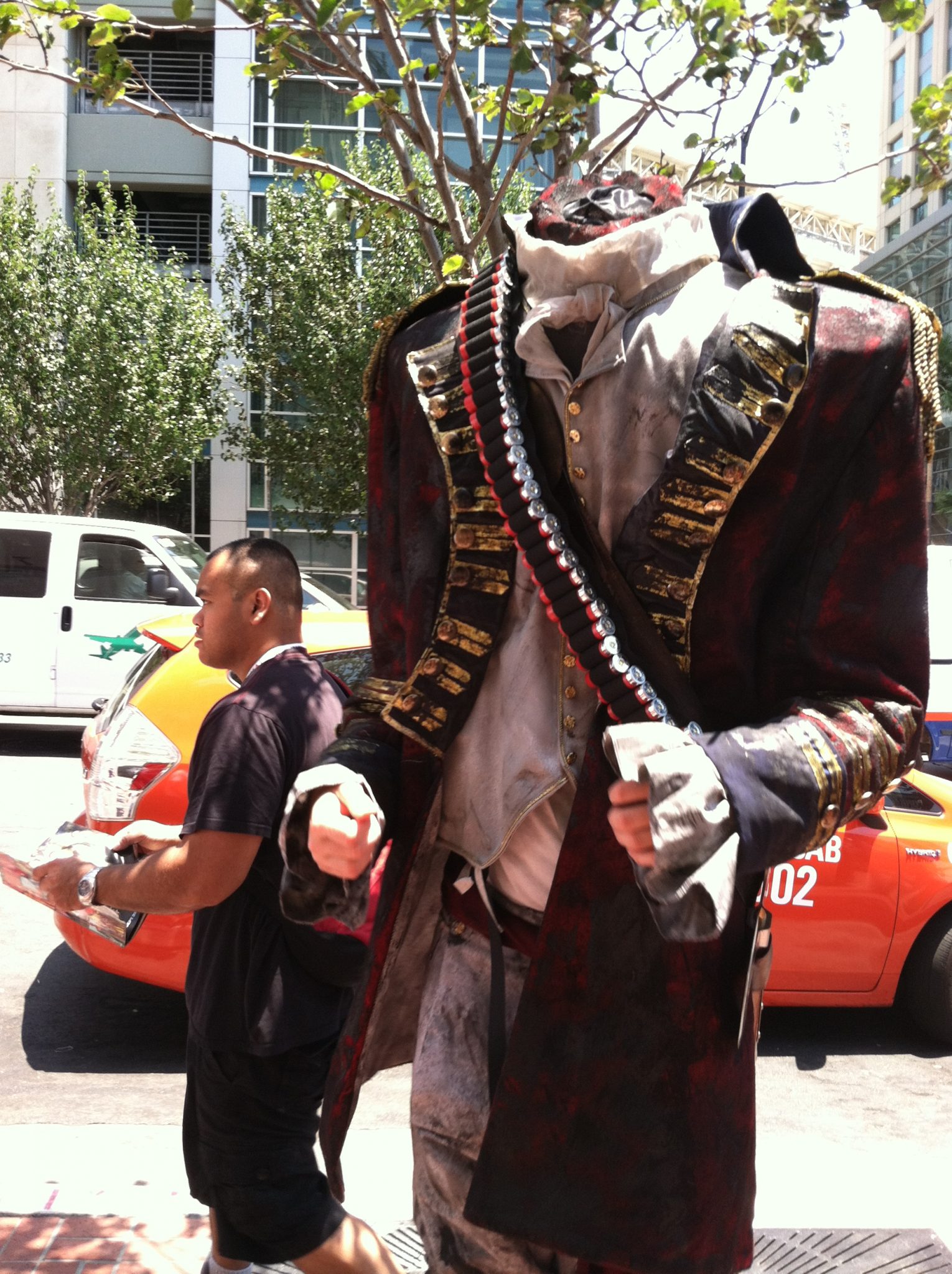 They were all over outside the convention center when I went to San Diego Comic Con this year and they were hilariously on-point. My friends went to dinner and had one drag up a chair and settle in next to them. They also gave away an awesome t-shirt (on the Friday I camped out in Hall H for Game of Thrones) and I’d love to see them back next year – think of the swag, think of the cast signings and meetings. They had a good showing at SDCC this year and served their purpose: consider my interest in the show piqued.

Let us know what you think of this newest adaptation. Are you going to be watching with us? Are you excited about these things? Are you skeptical? Check back for our coverage of the pilot episode and our initial impression of this new series airing on Fox tonight!

2 thoughts on “Watch With Us: Sleepy Hollow”