Happy March, Sherlockians! As you all probably know by now, filming for the long-awaited third series of BBC’s Sherlock begins this month! In two weeks, to be more specific. Andrew Sims of Hypable tweeted that he spoke with Martin Freeman this weekend. Freeman not only gave us our two-week warning, but also apparently knows how excited we’ve been about the set photos that production designer Arwel Wyn Jones has been tweeting for several weeks now.

So what did Jones have for us this past week? Boxes and boxes of goodies!

Those goodies appear to be the filling for the nearly completed 221 Baker Street set! Add chairs to the list of things I never thought would make me so emotional.

Here’s one of the iconic 221B decorations, complete with the headphones that either Sherlock or John (my guess is Sherlock) rather whimsically placed on it. Does this mean the flat has remained the same in Sherlock’s absence?

…and then lost a few points for breaking out Sherlock’s tombstone and breaking some hearts afresh.

But how sad can we be when we know that production is almost in full swing? 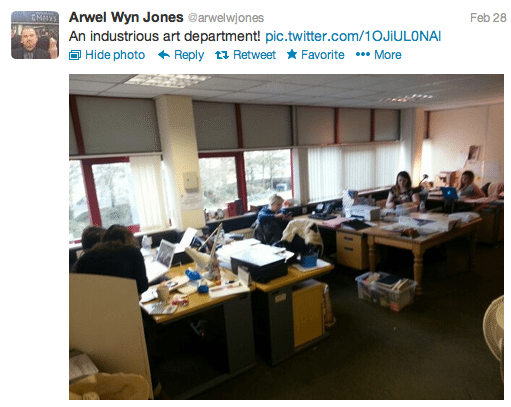 Now, this next photo might destroy some of the filming magic for you, so proceed with caution. (Sometimes I forget that these things are done on closed sets. Oops.) 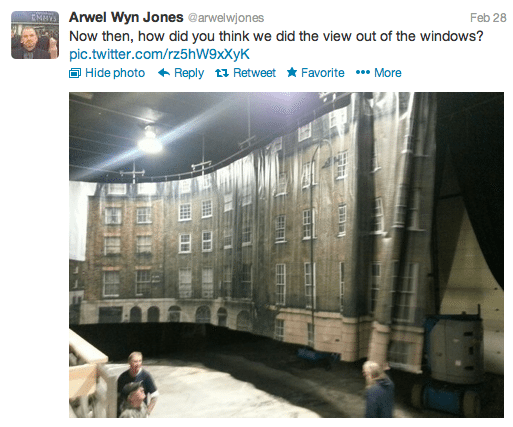 Were you able to guess whose “box” this was? Did you say “Mrs. Hudson’s kitchen”? Because you would be correct! 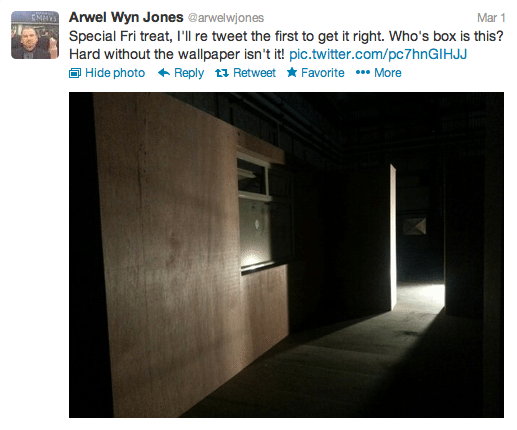 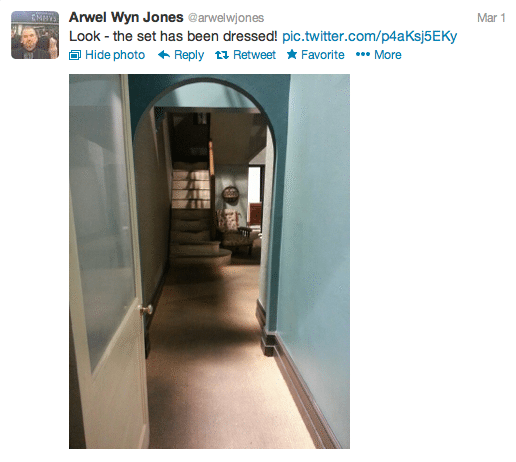