Rockstar Book Tours: This Eternity of Masks and Shadows

I am thrilled to be hosting a spot on the THIS ETERNITY OF MASKS AND SHADOWS by Karsten Knight Blog Tour hosted by Rockstar Book Tours. Check out my post and make sure to enter the giveaway! 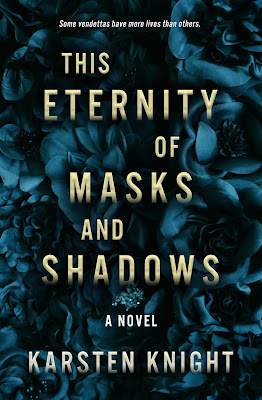 American Gods meets Watchmen in this mythology-inspired mystery from Karsten Knight, author of the Wildefire trilogy.

In a city of gods and mortals, secrets never die.

The gods walk among us. Some lurk in the shadows, masquerading as mortals; others embrace their celebrity status, launching careers from Hollywood to Capitol Hill.

One of them just murdered Cairn Delacroix’s mother.

As Cairn sifts through the rubble, she uncovers a conspiracy two decades in the making: a cursed island, the fellowship of gods who journeyed there, and the unspeakable act that intertwined their fates. One by one, the members of that voyage are dying, and Cairn’s investigations land her in the crosshairs of the rogue goddess responsible.

With the help of Nanook, a polar bear god turned detective, Cairn descends into Boston’s underworld of supernatural crime and political aspiration. To avenge her mother and unmask her assassin, she’ll first have to reckon with a gut-wrenching secret that will rewrite the life she thought she knew.

I love a good, old fashioned murder mystery with a mythological twist!

This book has it all: American Gods-esque deities from different cultures reincarnated every 100 years, mystic superpowers, vigilante justice, and a hard-boiled no-nonsense detective with a tragic past.

The world Knight creates is incredible- I love the neo-noir detective novel concept layered with mythology from different world cultures. The idea of reincarnated gods living regular lives with slightly souped-up (and sometimes secret) superpowers from their creation myths is Incredibles-esque and so delightful.

The story follows the intrepid Cairn, a young woman who witnesses her mother’s apparent suicide and delves into an investigation that threatens to unravel the tenuous political balance between gods and mortals.

The major twists were brilliantly executed, and the flashes between Cairn’s mother’s expedition and Cairn’s investigation are perfectly meshed. It’s a creative, immersive triumph. I enjoyed every bit of it.

Go pick this one up! 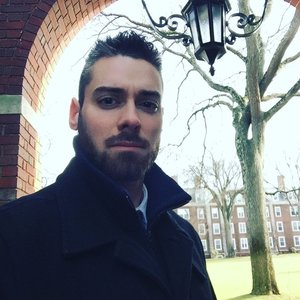 Karsten Knight is the author of the historical mystery NIGHTINGALE, SING, the time-traveling thriller PATCHWORK, and the Polynesian volcano goddess trilogy WILDEFIRE (Simon & Schuster)–though some say his writing career peaked at the age of six when he completed a picture book series about an adventurous worm. He is a graduate of the College of the Holy Cross and earned an MFA in writing for children from Simmons College. Karsten resides in Boston, where he lives for fall weather, bowling, and football season. For more information on Karsten or his books, please visit www.karstenknightbooks.com.