Ghost in the Shell, a Cyberpunk Movie 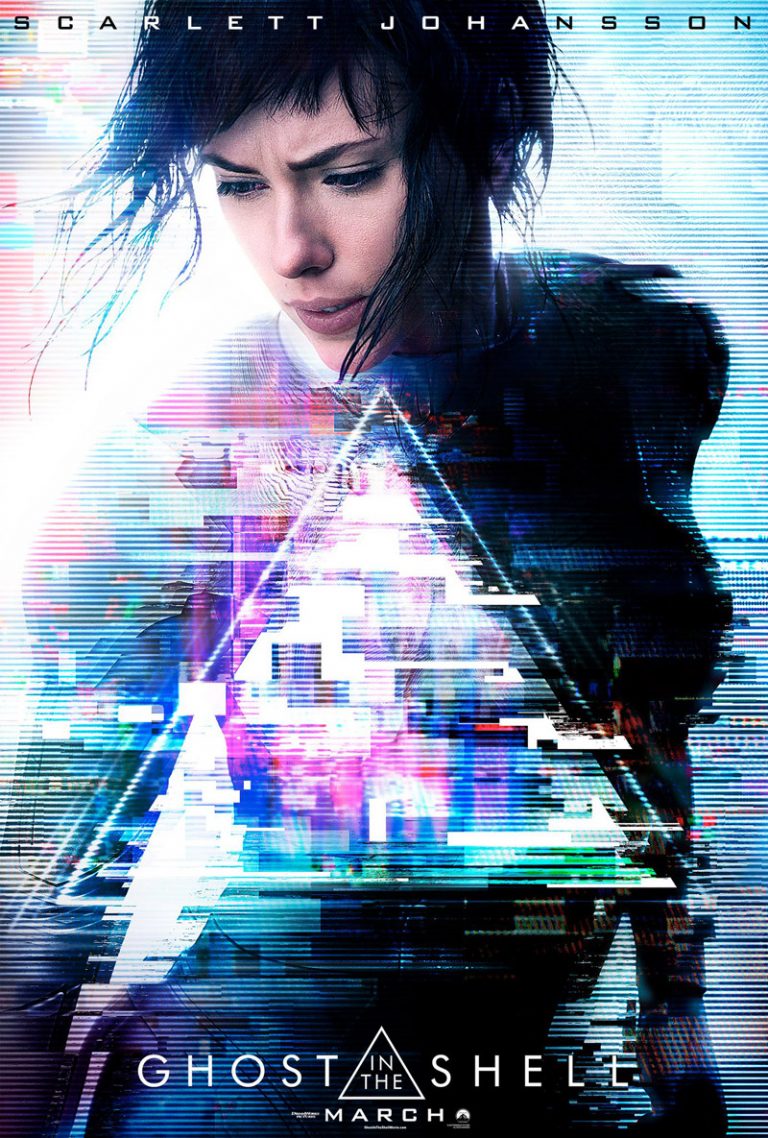 First, a disclaimer. I’m not going to get into the politics behind the movie. No doubt you’ve already formed an opinion on the white-washing of the cast and the merits of even remaking the beloved 1995 anime.  If you came to have your opinion righteously reaffirmed or engaged in a furious debate, you came to the wrong place. Difficult as it may be, this review is going to focus solely on what’s on the screen for 107 minutes in cinemas everywhere now.

It is the near future and Major Mira Killian, played by Scarlett Johansson, is the first of her kind. A human brain stored entirely in an artificial, robotic shell. She is the perfect blend of human thinking and machine precision. Working for Section 9, a government special ops force dealing with cyber crime, she starts to uncover the mystery behind a series of murders being perpetrated by some hacker. As the clues and bodies pile, Major is left with two huge questions: who is the hacker and who is she?

Ghost in the Shell is operating under one main guiding principle: making a cool-as-all-hell looking cyberpunk movie. The near future Japan presented is cramped, dirty, busy, but filled with light. Neon, virtual giants dot the cityscape as if the future electronic equivalent of statues of deity in ancient Athens.

The people walk the streets with spheres of data around their heads. Everyone, well almost everyone, is enhanced with cybernetics ranging from computer heads, robotic hands, or the ability to process liquor quicker. Only Major is entirely artificial, a brain inside a robotic body. Johansson does a pretty bang up job of portraying a disconnected brain-in-a-bot. While that means she doesn’t have to emote often, the way she holds her frame, her arms and legs move with an efficiency that speaks of inhumanity. A silly thing to notice? Maybe, but I dug it.

All of that makes up the central question of the movie, Theseus’s paradox: as things are replaced, at what point is an object (or in this case human) no longer that same object. Much brighter minds than I have approached the topic and Ghost in the Shell has its own go at it, never trying to outright answer the question (because how could it?), but instead letting it stew in the story and in the audience.

While that philosophical idea pervades the movie, the bulk of it is spent on kick-ass visuals and action sequences and world building that makes the story coherent and easy to follow, but otherwise average and entertaining to watch. It feels a lot like many things that have come before, for obvious reasons. The original itself wasn’t particularly unique, taking from its forerunners and in turn delivering to the past 20 years of sci-fi action. You follow the characters, who aside from Major and Batou don’t get much depth added to them, from scene to scene just to feast your eyes on the set pieces on display, from grimy underground night clubs to waterfront alleys and crumbling Shinto shrines all the while set to great synth music by Clint Mansell and Lorne Balfe.

All in all, Ghost in the Shell is an entertaining enough movie, nothing bad, but nothing truly exemplary either. However, it sets up such an interesting world that I can honestly say I would be happy for them to continue it into a series. It feels almost as if Ghost in the Shell is meant to be the solid opening in a new era of classic cyberpunk. To ease the audience into the worlds and ideas so that future movies and stories can push the boundaries further again, hopefully.

That said, you can just as easily watch the original and the myriad projects all related to it if you want more cyberpunk in your life right now.

One thought on “Ghost in the Shell, a Cyberpunk Movie”