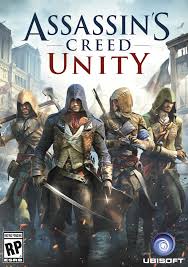 Assassin’s Creed Unity will likely be a staple gift during the Holidays this year, but many people are more than disappointed in Ubisoft’s most recent release that is set in Paris during the French Revolution. Unity has unfortunately been plagued with below par reviews, notably over the game’s plethora of glitches and the company’s less than stellar response. I personally had been looking forward to Unity since Ubisoft announced it over a year ago. Still, when Ubisoft announced it was releasing two games on two different platforms at the same time, I was immediately apprehensive, realizing this would either end in success or failure. Sadly, while Ubisoft has added another solid addition to the Creed series with Unity, it is far cry from the marvel I had been expecting. 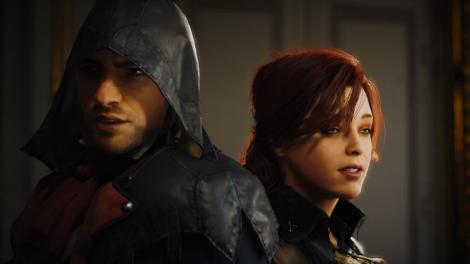 As far as gameplay goes, Ubisoft has its hits and misses. In Unity, Ubisoft introduces its first controlled descent action, which sounds easy enough to master. Despite how simple this sounds in concept, mastering the descent was anything but. Unity also sees the addition of the first official stealth mode. Considering the Assassin Creed games are advertised as stealth games, this is a welcoming addition of the game, yet its execution is a bit poor. Hiding Arno behind various pieces of furniture and objects is easy enough, but moving him between hiding places is the really tricky part.

Another thing I noticed is enemies were notably more difficult and assassination assignments were tedious. Unity prides itself by giving players more freedom in approaching missions and assassinations in different ways. You could choose to approach stealthily or make a bolder approach. Most of the time I ended up simply running in guns blazing because of the difficulty of stealthier routes. Many missions would place upwards of 50 or 60 guards in one mansion and expect you to creep through silently while avoiding detection. If you have serious patience, then this is the game for you, but in the modern day, I’m betting most people lack the patience Unity asks of you.

Ubisoft strikes gold with its graphics, complete with its rich landscapes, complex cathedrals, and stunning viewpoints. If I had to rate the graphics alone, Unity would get an 9 out of 10. That’s not to say that even the graphics are without faults. Unity has had a plethora of launch issues, from incomplete frame rates, to absurd glitches. I seem to be very lucky in that I experienced very few errors or glitches. Sure, there were a couple of hiccups here and there but nothing that significantly altered my experience of the game as a whole. However, I experienced one major glitch, seen in the shoot above, where I found myself lost beneath the city of Paris itself. For some time, I leisurely strolled beneath Paris, until I fell into the white abyss below. Still, at this point, an Assassin’s Creed game not be complete without a glitch and the glitch was more of an amusement than an inconvenience to me.

A large fault I found with Unity was the lack of novelty and the constraint of the Parisian landscape. Each district seems to consist of the typical manor, church, and street homes and there is very little that set them apart from one another. I truly wish Ubisoft had allowed the player to leave Paris and venture in the countryside or a more open-world, as seen in Brotherhood and other Creed titles where you could roam the countryside or traverse a ravine on horseback in pursuit of bandits. On top of that, the streets of Paris were simply flooded with crowds, making travel on foot next to impossible without running into people and attracting the attention of guards. Yes, Ubisoft’s ability to create large crowds is impressive on a grand scale, but they are more of an impediment than an enjoyment.

Despite the monotonous environment, I enjoyed the ability to traverse through buildings seamlessly but I often found myself having trouble getting through the windows in the first place. Errors in controlling Arno occurred frequently during my bouts across rooftops and while scaling walls. One small flick of the controller in the wrong direction would send Arno into enemy territory or worse, into a inescapable glitch. There were times during free climbing or descending that I would not know what button to use and end up in a frenzy of button mashing, hoping I would somehow make it up or down.

Another new aspect of Unity that Ubisoft is touting is its co-op mode. Unfortunately, I was not able to enjoy the co-op experience. I would have liked to been able to get online and play co-op with strangers, but sadly Unity required gamers to have a PSN subscription for this experience, which sorely ruined the mood. Another issue I believed was felt all around the world was the addition of chests tied to mobile apps or micro transactions as they are more typically known. I found myself forced to register for initiates, but was not nearly as interested in initiates as the actual game itself.

Assassin’s Creed stars Arno Dorian, as a social young man who, like most Creed games before him, is seeking revenge for his father’s murder. Unity does spin a slightly more unique tail by adding a romantic lead, Elise, into the mix. When he is a young boy, Arno’s father is murdered in the glistening halls of Versailles and Arno is taken in as a ward of François de la Serre, where he falls in love with La Serre’s daughter, Elise. He soon learns however that La Serre and his daughter are templars and that his biological father was an assassin. This sets in motion a series of events that finds Arno discovering his assassin lineage and seeking revenge against the templars for his father’s murder.

An Assassin’s Creed game would not be without its modern day tale, and Unity is no different, if not a bit lackluster in its creativity. In Unity, you become an employee of Abstergo, where you are forced to relive Arno’s history. Along the way, you find yourself lost in “bridges” of history where time is clashing and you are forced to escape to prevent Arno’s history from collapsing. These bridges feature unique aspects of history. In particular there is one act where you are forced to climb the Eiffel Tower and shoot down Nazi bombers with machine guns and this change in pace and scenery was easily one of my favorite moments of the game.

If anything though, I really enjoyed the romance Ubisoft threw together in Unity. Arno and Elise’s romance felt as if it was portrayed in a gothic darker Romeo and Juliet esque way, where we knew it was doomed from the beginning. We realize early on, that a templar and assassin are simply not meant to be together and the player witnesses Arno and Elise come together and battle evil together. Elise, with her stubbornness and sassy nature, was easily likable from the beginning and her pairing with Arno was seamless. Arno often ends up chasing Elise for most of the game, and there were times I wished Elise would have been the primary protagonist instead because I felt she had a little more personality and spunk than Arno had.

Paris was, at times, gloomy and I felt Unity had a darker theme to it than previous games in the series. In 1791, Paris is easily the largest city Ubisoft has put together hands down. Despite the size of the city, by the conclusion of the main story line, there are at least four or five districts that have still remained untouched, provided you haven’t explored them on your own. For all its glory, Unity’s main storyline is short, blunt, and to the point. While I wish it had been longer, even then I would not have enjoyed added tedious assassinations just for the sake of making it longer. Unity still repeats the same typical mission styles as seen in previous Creed games.

Unity may not be my favorite game in the Creed series, but it is still an enjoyable entertaining play that is rich in history and detail. Arno was assuredly easier to connect with on a personal level than Conner, but still not quite as lovable as Ezio. At the end of the day though, racing over the rooftops of Paris and scaling huge cathedrals was worth the wait. No doubt, I will still be there to purchase Ubisoft’s next title, but Ubisoft may want to re-evaluate the future of the Creed franchise and make some much-needed adjustments if they hope to win back their followers. 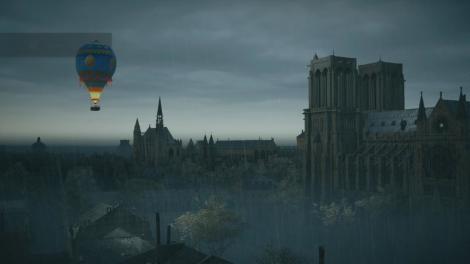