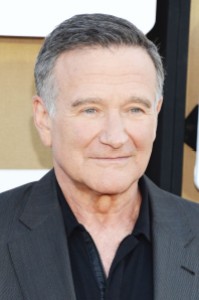 We are sad to announce that Robin Williams, 63, was found dead today. The police in Marin County suspect that it was suicide but this has not been confirmed. Nonetheless, the world lost a phenomenal man today and our hearts, prayers, and thoughts go out to his family and everyone affected by his death.

Leading up to his death, he apparently checked into rehab earlier this summer in order to continue fighting for his sobriety. He had a history of depression and addiction and was not shy about sharing any of it with the public. Time after time he shared his story, no doubt in the hope that it would keep someone from taking their own life.

Most of the major news outlets will be covering this as the story develops. If you’d like to keep appraised of what’s happening, here’s a few links:

Much like the loss of Philip Seymour Hoffman earlier this year, Robin Williams left behind something for fans and family alike. Not only do we have his vast video collection to look back on, but we’ve got some future releases to look forward to. You can read more about the various movies you can see in the next year HERE.

While he may be gone, don’t let his story die with him. He struggled both openly and quietly throughout his life with a variety of issues that people all over the world share. If you’re struggling with addiction, depression, anxiety, a loss in your life, a big change, or even just the typical existential crisis, reach out. Get help. Your life is precious, and mental illness doesn’t pick and choose who to strike. Everyone is susceptible and it is a real problem.

You can be strong while seeking help.

May Robin Williams’ life and death spread awareness about these issues and save lives all over the world.

O Captain! my Captain! our fearful trip is done,

The ship has weather’d every rack, the prize we sought is won,

The port is near, the bells I hear, the people all exulting,

While follow eyes the steady keel, the vessel grim and daring;

O the bleeding drops of red,

Where on the deck my Captain lies,

O Captain! my Captain! rise up and hear the bells;

For you they call, the swaying mass, their eager faces turning;

The arm beneath your head!

It is some dream that on the deck,

My Captain does not answer, his lips are pale and still,

My father does not feel my arm, he has no pulse nor will,

The ship is anchor’d safe and sound, its voyage closed and done,

From fearful trip the victor ship comes in with object won;

But I with mournful tread,

Walk the deck my Captain lies,