A Punch to the Gut: Our Fire Punch Vol. 1 Review 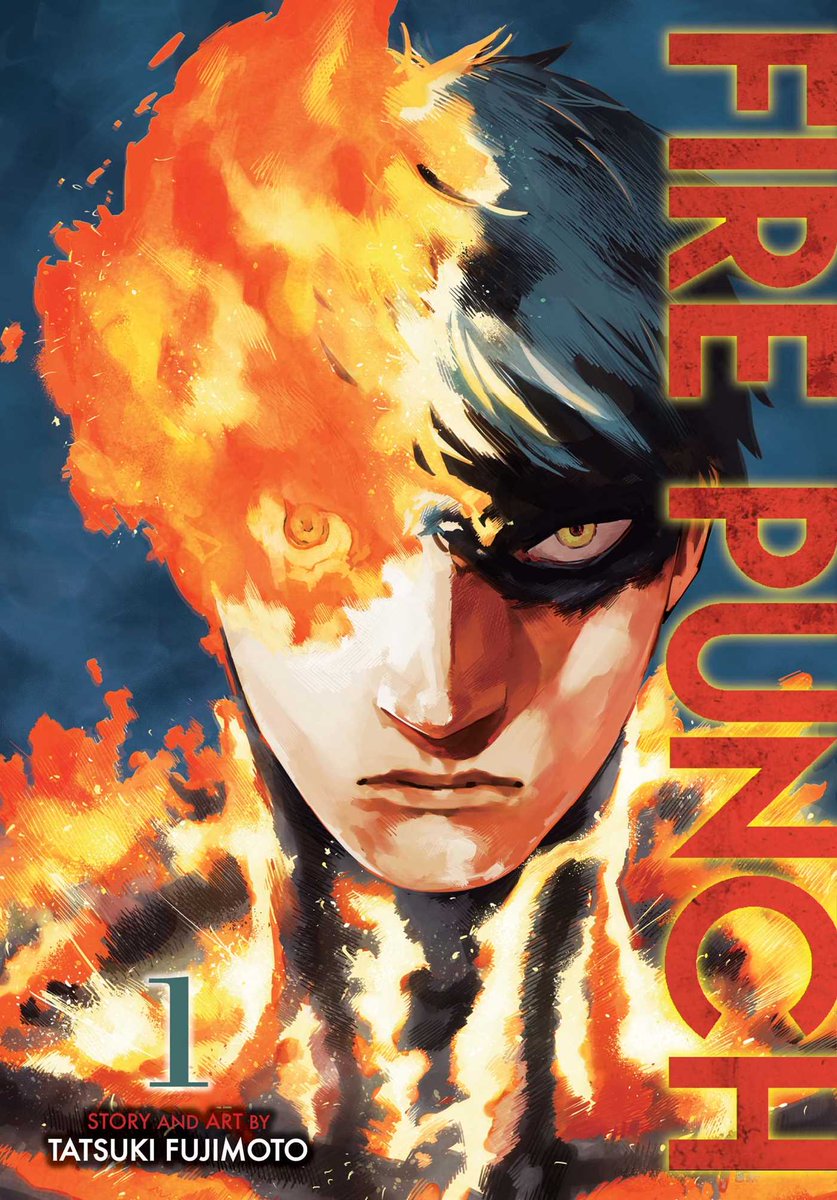 
Rating:
Fire Punch is a manga taking place in a post-apocalyptic world covered in ice. People are suffering and struggling to survive; morals have been thrown out the window. “The freezing masses yearn for fire.”

I’ll be honest, if you like horror, gore and morally ambiguity, you may like this manga. I would not recommend this series to children and certainly not survivors of any kind of assault. Any terribly or out there tragedy you can think of, Fujimoto made sure to include it. In just one volume, we have instances of physical violence, sexual assault, incest and oh so much more. Some of these scenes just blew my mind with how random and gut-wrenching they are.

This world has those that are “blessed” and have specific abilities or, as we might call them, super powers. One blessed, however, has managed to cover the world in snow leaving all to fight over resources. We’re welcomed to the lawless world through the eyes of Agni and his sister Luna. Both are blessed with the gift of regeneration; their bodies can heal at incredible rates. This is a pretty great power to have when the world has gone to hell right? Well… Not exactly. Both find themselves being responsible for their village’s well being and have previously been exploited because of it.

This manga provides a really detailed and specific view of what would happen under said circumstances. As we follow Agni through his journey, you can see just how molded he is by the harshness around him and the suffering he endures. While I find this to be an excellent apocalypse manga, I also find it to be a bit much for me. The distasteful part, I found, was that there were abuse aspects in almost each chapter. At a certain point, I had to wonder why these things were happening. It felt as though they were put in there for shock value when, really, they were just making me more unwilling to continue.

In its defense, the art and action was very well done. I admire it for the value Fujimoto clearly put into it. However, I found the story to be built off of a lot of shock value rather than character drive. So for me, I couldn’t rate it as well as I’d like to. If you have the stomach for it, or you like highly violent and morally twisted stories, Fire Punch could be your cup of tea.

2 thoughts on “A Punch to the Gut: Our Fire Punch Vol. 1 Review”