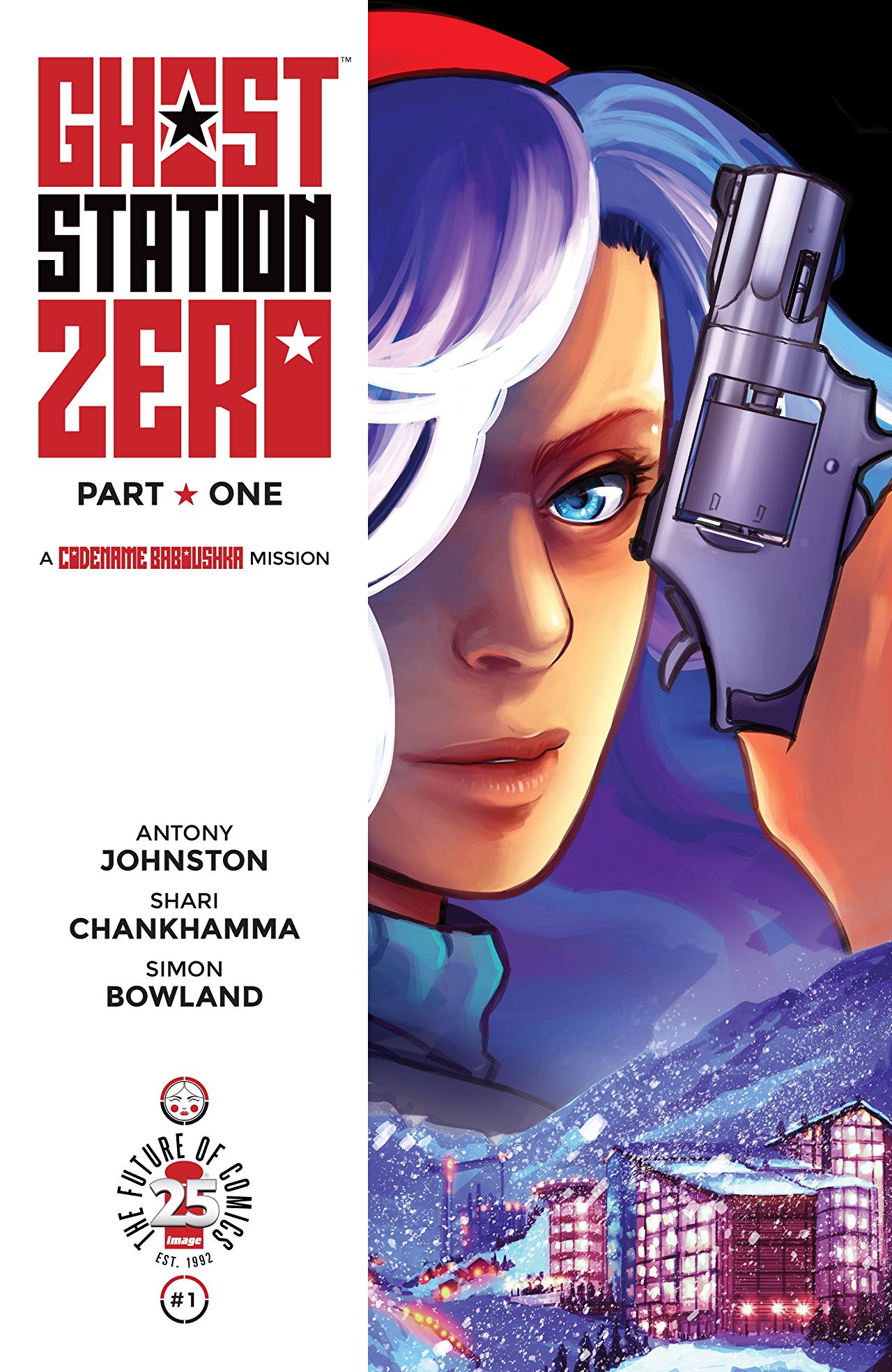 
Rating:
For a medium most known for super heroic punch-ups, comics generally have a dicey history in depicting the fight scene. It’s a bigger challenge than many readers may realize.

The way comics depend on readers to dictate the pace of storytelling can make it difficult to create a cinematic sense of motion and flow so important to the most iconic action movies or brutal fight sequences.

Writer Anthony Johnson is familiar with that challenge. His graphic novel, The Coldest City, was optioned and adapted as this summer’s sexy Cold War espionage beat-‘em-up Atomic Blonde and all of his comics tend to have a sense of ‘60s icy-cool action. Last year’s Codename Baboushka explored extremely similar territory, with a Russian spy in the James Bond mold infiltrating and executing with cocktail in hand and lovers enthralled.

The second Codename Baboushka story, this week’s Ghost Station Zero #1 is, ultimately more of the same, with an exciting opening action sequence that leads into a mission briefing and infiltration that has more in common with Sean Connery’s Bond than anything on comics shelves. Illustrated by Sharri Chankhamma, it’s an issue that emphasizes style above all else, with seductive spies dancing around one another and the loyalties of old allies coming into question in a European chalet.

There are plenty of references here, both to Bond and to the last Baboushka story but the issue lives and dies on those action sequences. The opening is the strongest bit but doesn’t quite capture that sense of movement and momentum to make the eponymous agent’s actions truly as nail biting as they need to be.

By contrast, an understated moment at the issue’s end, as Baboushka is caught by a betraying agent has weight and a sense of real dread, established with a slow, methodical hand. It’s one of the most deliberate moments of the story and also one of the strongest.

Knowing how hard it is to match the motion of action cinema, handling those smaller moments of character-focused action is what could make Ghost Station Zero something truly special.