How Marvel’s Movie Success Could Cave In On Itself

I remember my friend telling me back in 2008 about his experience watching The Incredible Hulk at a drive-in theater and arriving at the film’s ending, where Tony Stark appears in a bar to confront General Thunderbolt Ross. It’s weird to think just how surprising this was at that point, now that series crossovers are practically an expectation – back then, the licenses to Hulk and Iron Man didn’t even belong to the same distributor (Hulk was Universal, Iron Man was Paramount), so the same character being performed by the same actor in a completely separate movie broke some serious ground.

If you’ll remember, Tony saunters in, leans against the bar, and tells Ross, “What if I told you we were putting a team together?” At that moment, my friend jumped out of his car and yelled “AVENGERS! THEY’RE MAKING AN AVENGERS MOVIE!” And so did four other people at the same drive-in. Two complete strangers hugged each other, just because they found out about a movie being made. 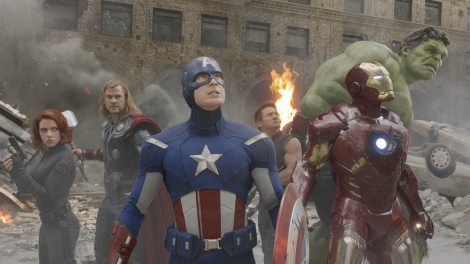 There’s almost a childlike innocence to this reaction, now that we have three more Avengers movies and two Justice League movies on the docket for the next few years. And that’s just the beginning – there’s a stand-alone Sinister Six movie, a Civil War movie, a Suicide Squad movie… heck, we didn’t just get a Guardians of the Galaxy movie, we’re getting another Guardians of the Galaxy movie. This would have blown our little nerd minds back in the day. So why can’t I seem to get myself to feel excited rather than overwhelmed?

I do know that it’s not the sheer volume of films. People tend to think there’s been a huge spike in the number of superhero movies in the last few years, but that’s simply not the case. How many superhero movies came out this year? Five – Captain America: The Winter Soldier, The Amazing Spider-Man 2, X-Men: Days of Future Past, Guardians of the Galaxy, and Teenage Mutant Ninja Turtles. And how many came out in 2007, the year before Iron Man and The Dark Knight propelled the genre to major success? Four – only one less. But you’d be hard-pressed to find someone who even remembers them, let alone enjoyed them: Spider-Man 3, Ghost Rider, Fantastic Four: Rise of the Silver Surfer, and – oh lord – Underdog.

So what’s changed? It can’t just be quality, as the three non-Underdog movies from 2007 were significant box office successes, Spider-Man 3 tremendously so, despite all garnering mixed to negative reviews. Even recently, the tepidly-received Thor: The Dark World and Man of Steel both ranked among the highest-grossing films of 2013. 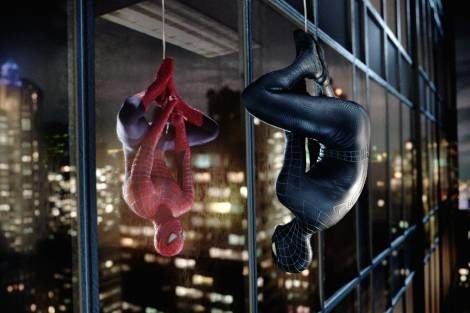 Here’s a theory: At the moment, Marvel movies do a remarkable job of balancing a variety of genres and blending thrilling action, memorable comedy and legitimate character drama. And it’s this exact success that could eventually cave in on itself. To explain…

For a long time, we settled for what we got in this regard. For instance, the fact that the Pirates of the Caribbean  movies managed to fluently blend their subpar action with their subpar comedy made the series one of the most profitable film franchises of all time, despite the one-dimensional characters and the overly convoluted story.

But for the first time perhaps since the original Star Wars trilogy itself, the Marvel movies actually seem to pull off the genre-mashing successfully. We tend to think of them as primarily action films, but when people talk about their favorite moments from The Avengers or Iron Man, they tend to bring up the best jokes just as often as the best fight sequences. Sure, individual movies tend to especially accentuate one tone or another (romance for the first Captain America, comedy for Guardians, action for Iron Man 3) but they all tend to tap into all these different elements, and all rather successfully. This is probably a huge part of why these films are suddenly making more money than pretty much any non-Frozen movie released in the last several years – they fulfill every kind of movie-going experience, and thus everyone enjoys them in some way. 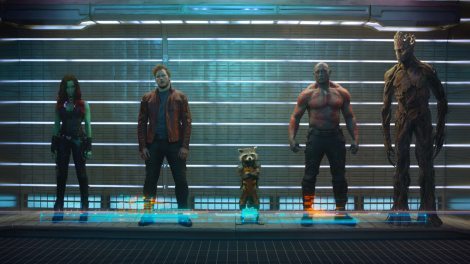 Maybe that’s why the thought of so many new superhero movies feels like overkill. Each of these movies attempt to do everything, and for that reason, they all basically attempt to do the same thing. I definitely enjoyed Captain America: The Winter Soldier, but notice how the first forty minutes or so sets up an intrigue-heavy, mysterious conspiracy thriller and then abandons all that halfway through in favor of returning to big action and witty dialogue? The movie starts to really stand on its own and then gives into being like everything else. This is how we grow tired of a string of consistently good movies – when they start to all be the same movie.

This could increasingly become a problem as more and more crossovers appear. The Avengers worked largely because it felt like an event that transpired through years of buildup, with five other movies all leading to this major movie event. Now we’ve got Avengers: Age of Ultron in 2015, Batman v Superman and Captain America: Civil War in 2016, Justice League Part 1 in 2017, The Avengers: Infinity War Part 1 in 2018, Infinity War Part 2  and Justice League Part 2 in 2019… what used to be spectacular, a climax several movies in the making, is quickly becoming par for the course. 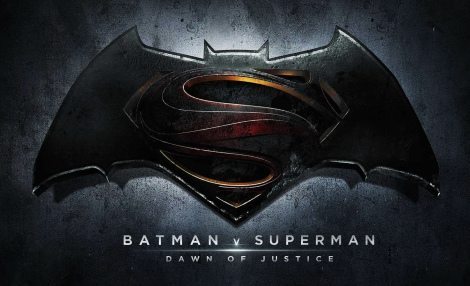 So what does that mean for their future movies? They can continue to work, but only if they start to compartmentalize again. Right now it appears that people will go to see just about anything with a cape in it, but they’ll legitimately get inundated if the movies don’t start to distinguish themselves more. Luckily, a lot of the upcoming films show the potential to do exactly that – the Doctor Strange film will likely remain comedy-free, whereas the Deadpool movie probably won’t spend a moment taking itself seriously. The concern is that, like Winter Soldier, these movies could betray what makes them unique and instead retread the same ground as their predecessors.

Personally, I’m enjoying the Marvel movies at the moment, but I’m concerned for the franchise’s future. What do you think? Sound off in the comments.