No plot points, no surprises, no spoilers. This is our Star Wars: The Last Jedi Spoiler-Free Review! Just go see it! 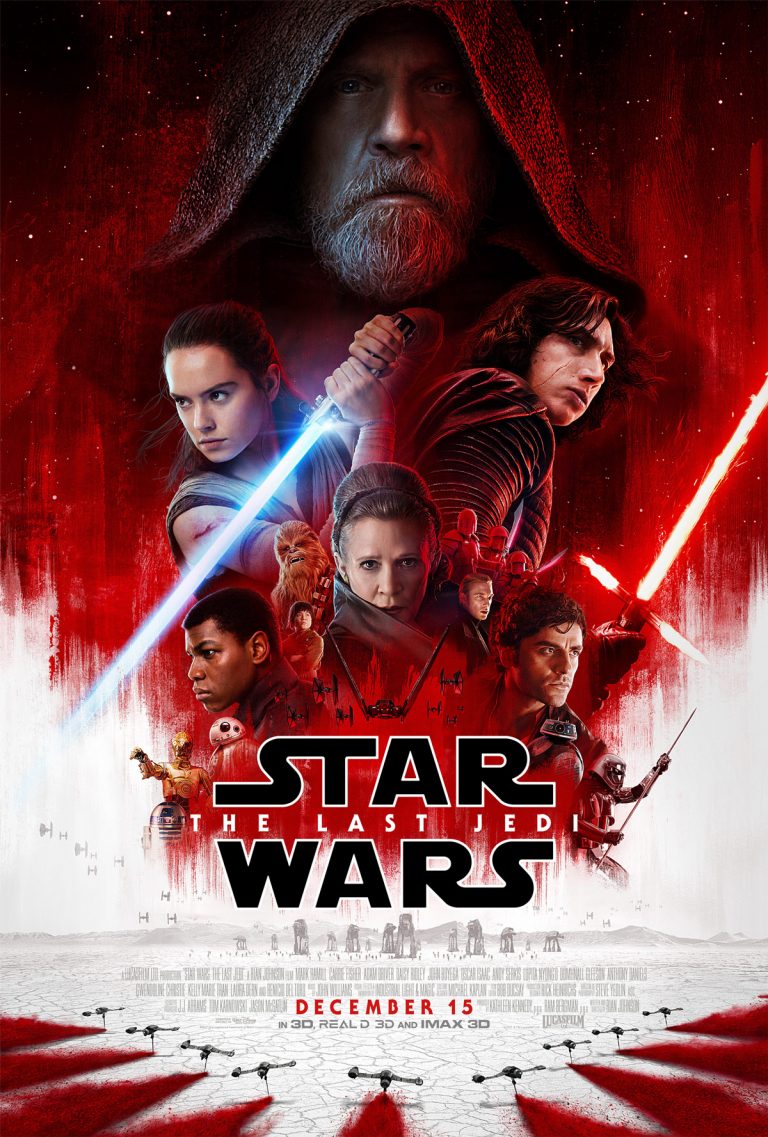 Rating:
If by some miracle of the Force, you are here to read a review before seeing the movie, I am going to keep this spoiler free so you can enjoy The Last Jedi to the fullest.

Best Star Wars ever? Yeah, you could certainly make a case for it. Rian Johnson has done the damn thing. He has given us an amazing entry in the Star Wars saga. Fans have a lot to be thankful for.

For those out there who felt The Force Awakens was just too close to A New Hope — which was not a negative in my mind — you will delight in watching a Star Wars film unlike any other in The Last Jedi.

The movie is visually stunning throughout. The shots are gorgeous. There are moments of true beauty and art in this film, a thought I’m not sure I have ever had about a Star Wars movie before. Sure, they’ve looked good, but have I ever had my breath taken before? I’m not so sure. With The Last Jedi that has changed.

The story is absolutely astounding. Personally, it delivered on every single thing I had been wanting and preaching about for the past two years. The movie, coming in 10 minutes longer than any other Star Wars entry, expands the universe in drastic ways. We see entirely new and different aspects of life in that galaxy far, far away which challenge what we thought we knew.

It continues on with the path set by The Force Awakens and Rogue One; the universe isn’t solely Good vs Bad, there are greys in the black and white spectrum of life where that battle is waged. The message, the heart of Star Wars, is critical to this entry. I want to emphasize that point. The Last Jedi has a lot to say about fighting the good fight, however, and wherever you can, and how to be the most effective doing it.

The acting is great. Returning actors Mark Hamill and the late Carrie Fisher inhabit their characters seamlessly. Adam Driver and Daisy Ridley, in particular, bring emotion and depth to Kylo and Rey as the story moves to their shoulders. John Boyega, Oscar Isaac, and newcomer Kelly Marie Tran all bring heart to their characters’ arcs. Everyone gets moments to shine, cementing themselves as contenders for personal fan favorites.

Long expected to be the ESB of this trilogy, The Last Jedi does fulfill a more contemplative, nuanced role. It is serious, but, make no mistake, there are jokes in this movie and they work so well. The humor never undercuts a serious moment. The tone is handled very well throughout the film.

Before anyone bemoans the humor, I’d kindly ask you to take a look back at the original trilogy and see just how many times our heroes try to smooth talk or crack wise their way through situations. It has always been a Star Wars staple, and here it works well.

With two years of build-up, fans have theorized and plotted possible twists, turns, backstories and futures and after all of that, all of that expectation, The Last Jedi still surprises. Rian Johnson has delivered.

Look forward to a spoiler-filled contemplation on it in the upcoming weeks. I know this is a film I (and no doubt many of us here at Nerdophiles) will be chewing on for a long time.

Star Wars: The Last Jedi is in theaters everywhere tonight!