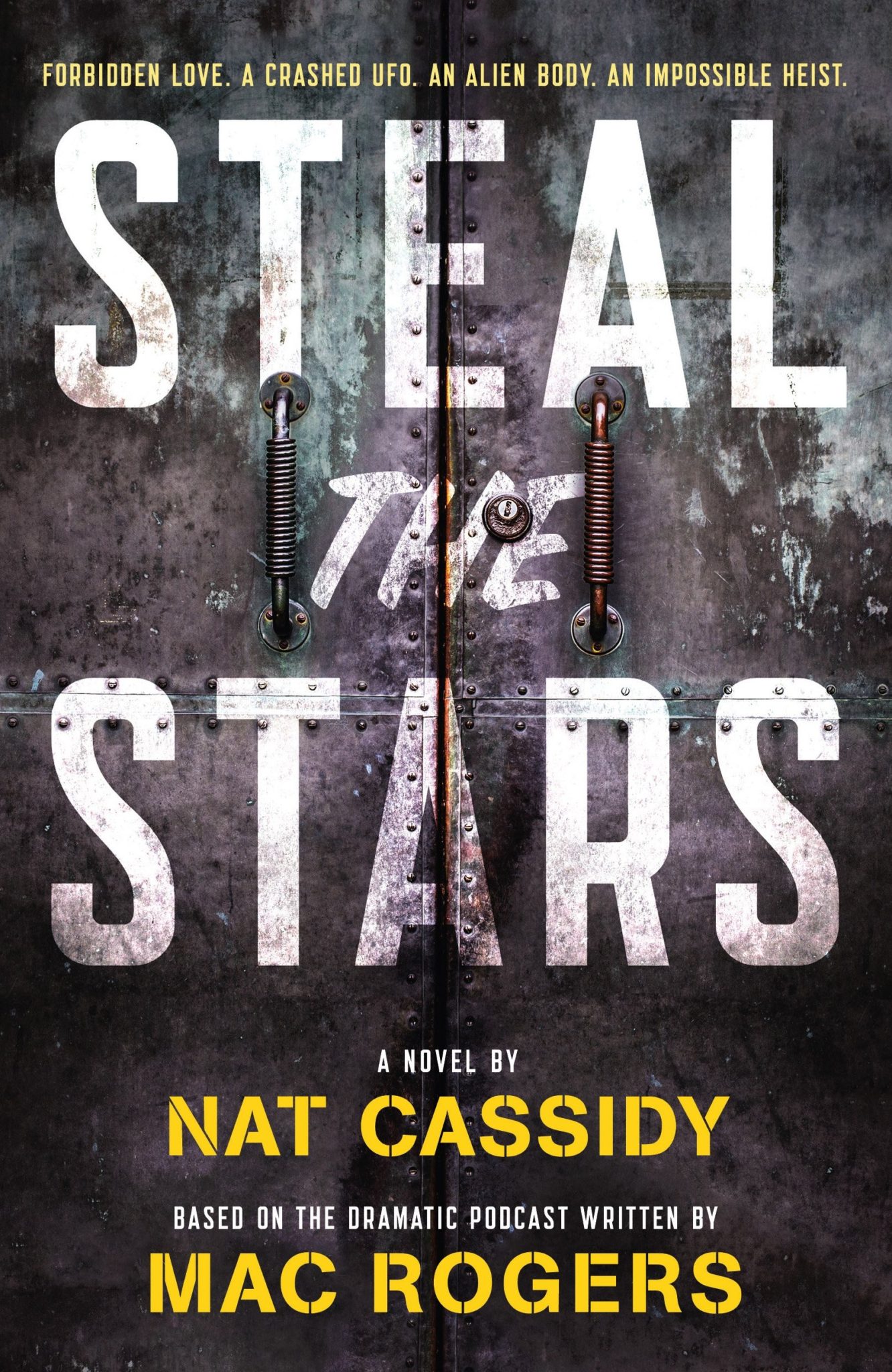 
Rating:
If you haven’t had a chance to check out the Steal the Stars podcast yet you’re in luck because now there’s a brand new novelization available from author Nat Cassidy. I’ll be the first to admit that podcasts aren’t necessarily for everyone. I personally find them hard to enjoy because I’m hearing impaired, so I end up missing out a lot. But Steal the Stars is changing the game with this full podcast novelization.

Now, if you enjoy podcasts by all means go listen to Steal the Stars in it’s original audio drama format. I listened to the first episode after reading through the book and it’s very, very similar. The book – like the podcast – is essentially told from the perspective of Dakota “Dak” Prentiss. And the dialogue is largely pulled straight from the podcast with the book filling in the rest of the little details.

Honestly, if you ask me, this story works a lot better as a novel that it did as an audio drama. The extra descriptions are helpful when dealing with a sometimes technical and literally alien story. Not that I agreed with all of the decisions in adapting this podcast for print. The book has Dak telling the entire story to “you” — who happens to be the other main character, Matt Salem, who she falls madly in love with at first sight. It’s a little disorienting, though I will admit that it really pays off at the very end when realize why she’s telling the story in this manner.

Now, I have mixed feelings about the story.

Steal the Stars follows Dak as she works for a secretive organization guarding an alien space craft and the extraterrestrial body within. The story picks up on newbie Matt Salem’s first day as he is joining her security team. The two quickly fall in love despite their employer’s very strict (and potentially fatal) non-fraternization policy. From there things basically go to shit as Dak becomes desperate to get them away from their employer – even if that means stealing the alien they’re supposed to be guarding and selling it to the highest bidder.

Parts of the story are amazing. I enjoyed pretty much everything dealing with the existence of aliens and the secretive organization for which Dak and Matt work. Their co-workers were interesting, often eccentric individuals. And once Dak starts trying to steal the alien body she’s been tasked with watching over for years I even enjoyed that part. Sure, it’s treason. But Dak’s whole desperate attempt to steal the body and secure a future for her and Matt was compelling.

The problem with this story is the romance. That’s a big problem considering Dak and Matt’s forbidden relationship is essentially the whole point of this podcast and book. I just never connected with them as a couple. Dak falls in love with him at first sight – literally. And from there she basically becomes a completely different person. It’s just hard to believe that someone who is so dedicated to her job that she can murder people if they happen to ask the wrong question on their first day of work would also be the person who would throw everything away after knowing someone for less than a day.

And their relationship doesn’t really get a whole lot better. It never gets any more believable and Dak’s actions just become more and more reprehensible. She won’t let anything stand in her way, which includes every friend she’s made over the last eight years working for her employer as well as anyone else. She makes some terrible choices and it’s hard to like her after a while because she’s so willing to sacrifice anyone and everything for her own selfish agenda.

That said, the end is great. There’s a twist that you won’t see coming and it helps redeem the whole story. It even gives some justification for Dak’s short-sighted obsession with Matt Salem. It’s such a good ending that I almost wish it wasn’t actually the ending and that the story continued on at least a little bit afterward. But, I’ll concede it’s probably more a meaningful ending. The scene is actually better in the podcast so even if you’re not a huge podcast fan you may want to listen to the very last episode.

Steal the Stars is an interesting story that’s biggest problem is the forced romance at the forefront. Mac Rogers created a really great world in his original podcast and Cassidy does a really good job of putting it all down on page. So if you like your science fiction stories to come with a strong romantic angle then Steal the Stars is worth checking out. Even if you don’t buy the relationship between Dak and Matt hopefully you can appreciate the other, better aspects of the story. And remember: you can always listen to the Steal the Stars podcast if nothing else!